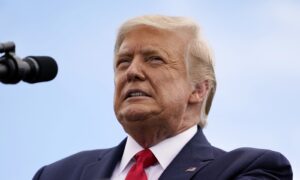 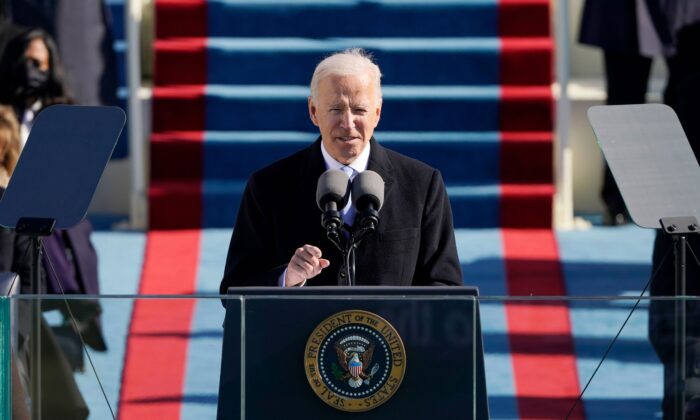 President Joe Biden speaks during the 59th inaugural ceremony on the West Front of the U.S. Capitol in Washington on Jan. 20, 2021. (Patrick Semansky/Pool/Getty Images)
Executive Branch

Biden Signs Proclamation in US Capitol as His First Presidential Act

President Joe Biden signed a proclamation in the Capitol in his first act as president, coming hours after he was sworn into office on Wednesday.

Biden is also expected to issue a flurry of executive orders rescinding some of former President Donald Trump’s initiatives.

In all, the president is slated to sign approximately 17 executive actions, including placing a halt on Trump’s border wall construction, ending travel bans on certain nations, among others.

“To overcome these challenges, to restore the soul and secure the future of America, requires so much more than words. It requires the most elusive of all things in a democracy: unity,” Biden, a Democrat, said moments after he took the oath of office Wednesday.

He took the presidential oath as it was administered by Supreme Court Chief Justice John Roberts.

He added: “We must end this uncivil war that pits red against blue, rural versus urban, conservative versus liberal. We can do this—if we open our souls instead of hardening our hearts.”