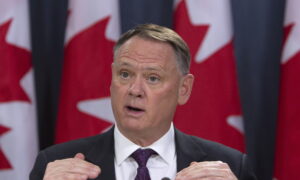 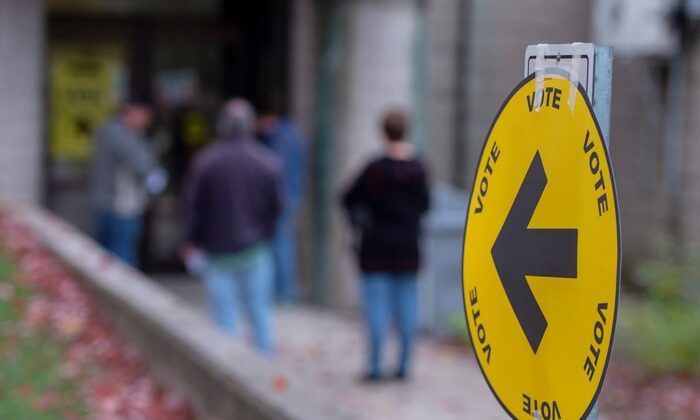 Voters head to cast their ballot in the federal election at the Fairbanks Interpretation Centre in Dartmouth, N.S., on Oct. 21, 2019. (The Canadian Press/Andrew Vaughan)
Canada

Foreign states use bribery and blackmail to steer policy and elections to their liking, CSIS report warns
By Lee Harding

An unclassified report by Canada’s lead national security agency warns that foreign state actors use bribery, blackmail, and threats to influence politics—tactics that one Canadian policy expert can personally attest to.

“Although Canada’s electoral system is strong, foreign interference is a significant threat to the integrity of our democratic institutions, political system, fundamental rights and freedoms, and ultimately, our sovereignty,” the report states.

“Examples … include attempts to covertly influence, intimidate, manipulate, interfere, corrupt or discredit individuals, organizations and governments to further the interests of a foreign state.”

Marcus Kolga, a senior fellow with the Macdonald-Laurier Institute and head of its DisinfoWatch program, has high praise for the report.

“The content itself wasn’t a surprise. What was surprising to me was the clarity and the stark honesty of the report—the fact the threat was defined as being persistent and growing, the fact that CSIS has seen an expansion of foreign interference and the intensity of it. I think that’s really important for Canadians to understand, and more importantly, for the Canadian government,” Kolga said in an interview.

“I don’t think that the federal government has fully acknowledged the scope of the threat because they haven’t enacted policies to address it.”

Both Kolga and Canada’s Communications Security Establishment have named China, Russia, and Iran as primary sources of concern. The CSIS report avoids naming states, but says the agency “has longstanding investigations into specific threat actors who are believed to be targeting Canada and Canadians through clandestine, deceptive or threatening means.”

“We’re a little bit naive. I don’t think that we fully recognize the type of damage that these regimes are doing to our democracy right now,” he said.

“Most of our elected officials have no idea. And if they don’t have any idea, if they’re not aware of the threat, then they become a great big target for those regimes.”

Kolga believes “Chinese influence operations” led to 33 senators voting down a motion that would have recognized communist China’s mistreatment of Uyghurs and other Turkic Muslims as a genocide.

“There were 33 senators who voted against it, and some of the statements that were given by a certain small group of senators who were against the motion … directly reflect [rhetoric and narratives] that have been promoted by Chinese media and the Communist Party,” he said.

The CSIS report said foreign states like to target their ethnic communities in Canada to influence politics.

“State actors may use threats, bribery or blackmail to affect the voting behaviour of individuals inside or outside of communities,” the report states.

“Individuals may be threatened or fear reprisal for themselves or their loved ones in Canada or abroad if they fail to comply with publicly supporting a particular candidate or contributing funds to the foreign state’s preferred party. … They may also use flattery, promise compensation, or appeal to an individual’s sense of pride towards another country to elicit the desired behaviour.”

In recent years, Uyghur activists and other Chinese human rights activists have told the House of Commons Subcommittee on International Human Rights that intimidation campaigns against them in Canada included threats of rape or even death.

A report last year by the Canadian Coalition on Human Rights in China and Amnesty International Canada stated that “since 2017, there have been continuing reports of individuals in Canada being subjected to rights violations further to a systematic campaign of harassment and intimidation that is often clearly linked to or backed by Chinese state authorities.” The report said that “a new trend points to an increased prevalence of such incidents and interference at universities and in the academic sphere.

State actors may also manipulate journalism and the social media environment through similar tactics. Kolga, who is also a journalist, filmmaker, and human rights activist, said his writing and advocacy contrary to Kremlin narratives have made him the object of such tactics.

“I was getting threats sent to me or nasty emails and nasty Facebook messages,” he said. “I’m used to it. Whenever I write something, these guys come at me.”

In May 2020, York Regional Police tracked down a Russian national who threatened Kolga a year ago. Kolga declined to press charges, though the police warned the Russian that any further action would result in prosecution.

“This [was] the third time I received death threats—very credible death threats. It’s grinding and it’s psychologically difficult. And I obviously have to tell my family and it causes stress all around,” he said.

Kolga said he has built up resilience over the years against such threats, but says he is concerned about his friends in the Chinese dissident community, as “it’s pretty serious stuff.”