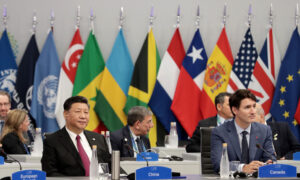 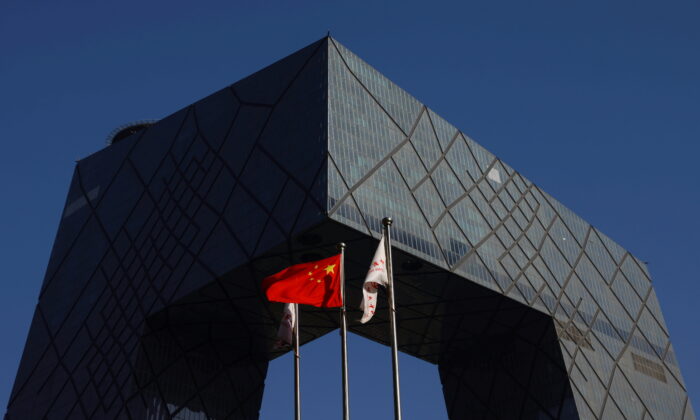 A Chinese flag flutters outside the CCTV headquarters, the home of Chinese state media outlet CCTV and its English-language sister channel CGTN, in Beijing, China on Feb. 5, 2021. (Carlos Garcia Rawlins via Reuters)
Australia

SYDNEY—Australian broadcaster SBS said on Friday it would suspend its broadcasts of news bulletins from Chinese state television news services CGTN and CCTV after receiving a human rights complaint.

An SBS spokesman told Reuters that programs from CCTV and CGTN would not air on Saturday and that SBS was reviewing a complaint from a human rights organization.

“Given the serious concerns it raises, and the complexity of the material involved, we have made the decision to suspend the broadcast of the overseas-sourced CGTN and CCTV news bulletins while we undertake an assessment of these services,” SBS said in a statement.

A story on the SBS News website said human rights organization Safeguard Defenders wrote to SBS after Britain’s media regulator revoked the license of CGTN due to “serious non-compliance offences.”

“This is classic political persecution,” said China’s foreign ministry in a statement to Reuters, urging “relevant parties to cast aside their ideological prejudice.”

CGTN said it upholds the principles of fair and accurate reporting.

“China will take all necessary measures to resolutely protect the legitimate rights and interests of Chinese media.”

The letter from Safeguard Defenders to SBS said CCTV had broadcast the forced confessions of some 56 people between 2013 and 2020.

“These broadcasts involved the extraction, packaging and airing of forced and false confessions of prisoners held under conditions of duress and torture,” SBS reported the letter from Safeguard Defenders as saying.

SBS is a public service broadcaster, providing news and entertainment programming on radio and television in multiple languages and focusing on multicultural issues.