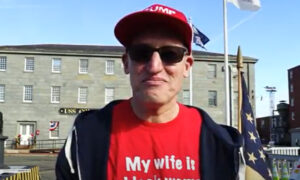 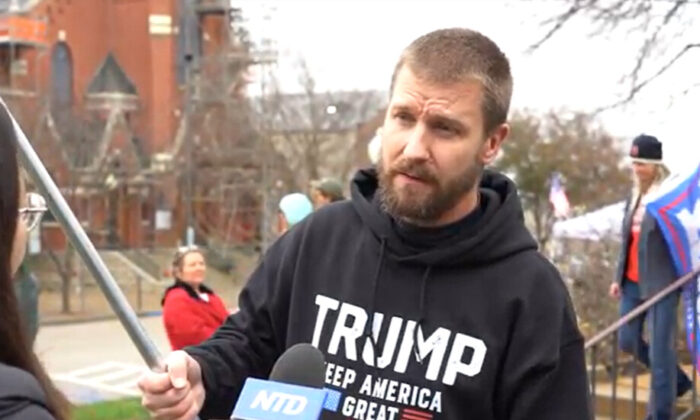 Missouri Voter Believes Legal Recount Would Be a ‘Landslide’ for Trump

JEFFERSON CITY—Daniel Reifel says it’s widely known the election was stolen, it’s just a matter of Americans standing up and refusing to accept that.

“I have no doubt that if we re-did the election and only actual legal votes were counted, it’d be a landslide victory for Trump,” he said at a Stop the Steal rally he attended with his family in Jefferson City, Missouri on Nov. 21, 2020.

“We couldn’t be doing what we’re doing here right now if we didn’t have the right to keep and bear arms, it’s just as simple as that. They take the guns out of our hands, we lose everything else. The Second Amendment protects every other amendment. I know a lot of people who say the second amendment protects the first, and that’s absolutely correct,” he said. Taking that away would be a view on rights and property in line with communism, he added.

“Our individual rights [are] given by God, not the Constitution,” he added. The Constitution just gives form to our government and limits it to protecting these rights.

“To be able to protect ourselves, our families, our homes, our property, if they want to take that away that’s communism,” he said.

Riefel says he supports Trump because “he’s doing what’s right,” and has come under fire for it, but his response has been “get over it.”

“I’m electing him to be my president, not my pastor,” he said.