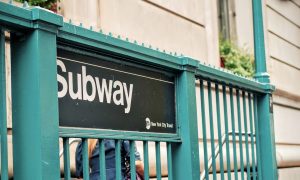 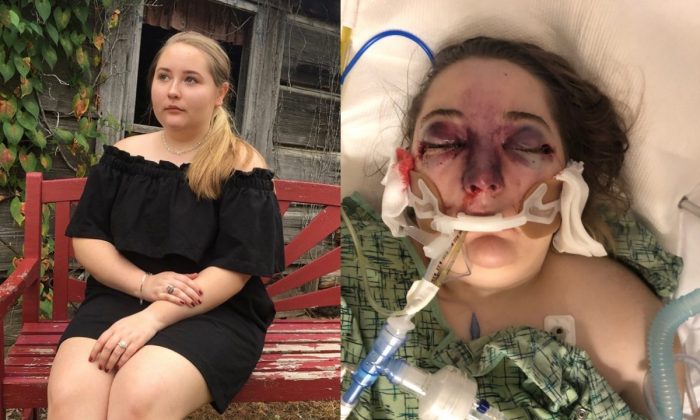 Jordyn Walker, a 15-year-old Missouri girl, has gone permanently blind due to a mystery illness. (Jordyn Walker Has Gone Blind/GoFundMe)
US News

A Missouri teenager has gone permanently blind due to a mystery illness that caused severe swelling in her face.

Jordyn Walker, 15, was rushed to the emergency room at Kansas University Medical Center on Dec. 12 after 10 days of severe stomach pain, vomiting, and bloody diarrhea, a friend wrote on a GoFundMe fundraising page for the teen.

While she was waiting to be seen, Walker began to swell and suddenly lost her vision.

“The pressure behind Jordyn’s eyes was an average of 85 mm Hg — the normal eye pressure is around 12-22 mm Hg. Ophthalmologists cut slits by her eyes to detach her eyelids and to try and open the eye socket in order to reduce swelling. Jordyn was still conscious but received lidocaine for numbing,” Shannon Loerzel Sr. wrote.

“This was only briefly effective, and they later performed an emergency operation around 1:30 am to remove part of her orbital bones on each side of her face to reduce the swelling. The swelling began to subside after removal of the orbital bones and receiving upwards of 1000 mg of steroids.”

Doctors hoped that Walker’s eyesight would return but three days later, they determined her blindness was permanent.

“Doctors believe that the blood flow to the optic nerve was compromised, severely damaging one nerve and completely destroying the other. Her right eye experienced what in the brain would be similar to a stroke, obliterating her optic nerve and causing severe damage to the retina. The substantial pressure in both eyes stretched the optic nerve, completely separating it from her right eye and compromising it beyond repair in the left,” Loerzel Sr. wrote.

Family members and friends have been left stunned by the mystery illness, which doctors have struggled to diagnose. Loerzel noted that the same mysterious illness cost the teen her sense of smell and taste in July 2017 after another spell of severe swelling.

Walker told WDAFthat the illness seemed to start after she went with her family on a cruise.

“It just went haywire from there. Everything started swelling,” Walker said.

Here is the official GoFundMe for Jordyn's case. There is a full description of the situation! Please share to reach as…

After the first spell of swelling, the family was told it was extremely unlikely that it would happen again.

Her mother, Kendyll Walker, added: “It was terrifying to watch it happen all over again and knowing we couldn’t do anything about it.”

The fundraiser is in part for research into the illness in the hopes that it doesn’t affect anyone in the future. The family plans to travel to the Mayo Clinic in Rochester, Minnesota within the next several weeks for testing.

And the teen says she refuses to let her loss of multiple senses keep her from living life. “I’m not going to let this stop me,” she said.

“Jordyn is happy to be home but will have many changes in her future. She has decided to remain positive about her life changes but has good times and bad times,” added Loerzel Sr. on the GoFundMe in a Dec. 29 update. “Jordyn has resilience and will get through this but will need as much support as possible. Friend visits and company are appreciated with notice.”