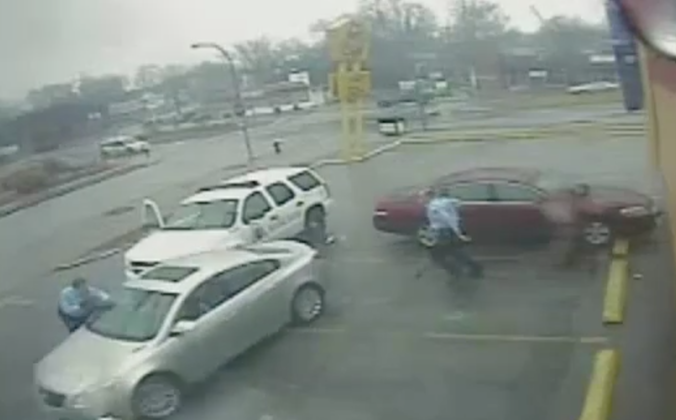 Missouri Gov. Eric Greitens has taken steps to activate the Missouri National Guard as St. Louis waits on a knife’s edge for the verdict in the Jason Stockley police shooting case.

“As governor, I am committed to protecting everyone’s constitutional right to protest peacefully while also protecting people’s lives, homes, and communities. Taking the steps to put the Missouri National Guard on standby is a necessary precaution,” Greitens said in a statement.

The governor’s office said the Guard may be needed to protect critical infrastructure and free up civilian law enforcement “to protect people’s right to protest peacefully.”

Sources in law enforcement and the court system are telling St. Louis’s News 4 they expect Judge Timothy Wilson to render a verdict in the case on Friday.

It is feared the verdict will spur the kind of rioting seen in Ferguson, a St. Louis suburb, in 2014 after Michael Brown was shot by white police officer Darren Wilson.

Greitens, a Republican, campaigned for governor in 2016 in part on a law-and-order platform, criticizing his Democratic opponent Chris Koster, the former attorney general of Missouri, for not handling the Ferguson riots better.

A former Navy Seal, Greitens claimed he would have achieved peace by the second night of the riots.

That violence was partially fueled by an inaccurate claim that said Brown, a black man, had his hands up when he was shot.  Months later in a report that detailed the conflicting and contradictory eyewitness testimony of the shooting the U.S. Department of Justice concluded that the “hands up”was inaccurate.

In the 2011 Stockley shooting, Anthony Smith fled from the police when they attempted to block his car outside a restaurant after seeing what they believed was a drug deal.

Smith maneuvered around the SUV and sped away as Stockley ran behind him shooting his department-issued handgun and carrying his personal AK-47.

Stockley then rejoined his partner and they pursued in their SUV.

Stockley, who is white, shot Smith, who is black, after the subsequent police chase on Dec. 20, 2011.

Prosecutors alleged Stockley, who is charged with first-degree murder, planted the .38-caliber revolver found in Smith’s crashed Buick to protect himself from prosecution after shooting Smith five times at close range.

Smith was in violation of department policy by carrying his AK-47.

Activists in the city, including church leaders, have vowed to protest a not guilty verdict.

St. Louis Mayor Lyda Krewson called for calm and consideration on Sept. 5 as expectations of a verdict grew.

“There is a lot of anxiety and worry in our community as we await that decision,” she said.

“Ask ourselves how we might feel if it were our son, daughter, mother, father, or friend at the center of this legal decision,” she said.

Dash camera video of the incident shows Smith swerving his vehicle toward Stockley as he attempted to flee.

Stockley shot Smith at close range after the chase ended when Smith crashed his car.