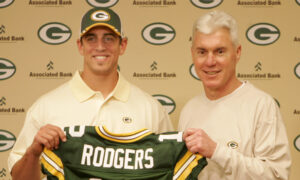 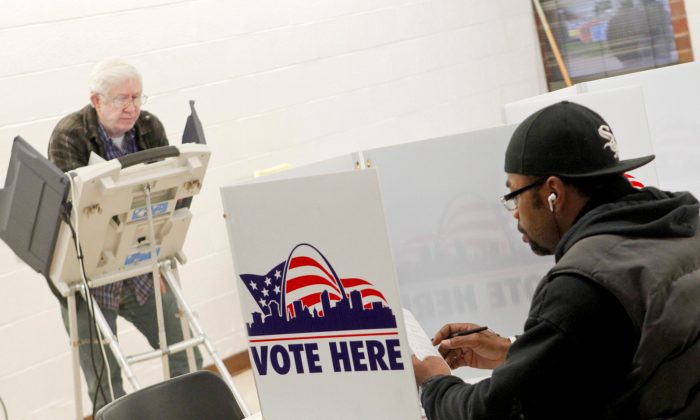 People vote at Missouri School for the Blind during the U.S. Presidential Election in St. Louis, Missouri, U.S., November 6, 2012. (Sarah Conard/Reuters)
US

A Missouri state judge ordered on Oct. 9 that state election authorities could no longer tell voters that they are required to show a photo identification card in order to cast a ballot, blocking parts of Missouri’s voter identification law.

The ruling came less than a month before Nov. 6 elections when control of Congress is at stake.

“No compelling state interest is served by misleading local election authorities and voters into believing a photo ID card is a requirement for voting,” Cole County Senior Circuit Judge Richard Callahan wrote in his ruling.

According to the ruling, state officials can no longer spread materials that say a photo identification card is required to vote or that voters will be asked to show a photo ID card, without specifying other forms of identification that voters may also show.

In addition, the ruling says state authorities can no longer require people otherwise qualified to vote to sign a sworn statement.

The decision followed a lawsuit filed in June by Priorities USA, which argued the law was unconstitutional.

“With this injunction in place, hundreds of thousands of eligible voters in Missouri who do not possess photo ID—and who could have otherwise been disenfranchised due to the law’s highly confusing and burdensome requirements—will once again be able to cast their ballots free from unnecessary obstacles,” Cecil said in an emailed statement.

A representative from the office of John Ashcroft, Missouri secretary of state, which administers elections in the state, did not immediately respond to a request for comment on the ruling.

Ashcroft has promoted the law as a way of preventing voter fraud. But he has only been able to confirm one instance of voter impersonation in Missouri, according to the St. Louis Post-Dispatch.

In June 2017, civil rights groups including the American Civil Liberties Union and League of Women Voters of Missouri sued Missouri to prevent its new voter identification law from interfering with a special election for an alderman in St. Louis, saying the measure could disenfranchise voters.