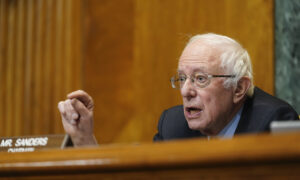 Users were posting photos of the hail on Twitter.

@NWSJacksonKY We had some almost the size of baseballs. pic.twitter.com/JehHOuBCbH

Just got these in from Heather Parker in the Red Bush area of Johnson County. Hail did a number on that windshield! pic.twitter.com/rMJovwOy5t

Hail the size of tennis balls in #Sullivan and surrounding areas. http://t.co/P4NKsZyqK9 pic.twitter.com/6GGuL5s6xH

The storm produced tornado warnings across the state. There were reports of extensive damage in Potosi.

Farmington is located in St. Francois County and has about 16,000 residents.

A resident in Sullivan, Missouri, told FOX-2 TV that hail the size of a grapefruit fell.

The hail comes along with severe thunderstorms that making their way across Missouri are packing 70 mph winds and several are capable of producing tornadoes.

Weather spotters reported a funnel cloud at 3:35 p.m. Wednesday near Potosi in eastern Missouri, while an hour earlier the Bates County emergency manager reported an EF-0 tornado in southwest Missouri that destroyed a 60-foot machine shop.

Several eastern Missouri counties have been placed under tornado warnings. Officials in Washington and St. Francois counties have received reports of flooding, along with downed trees and power lines. Part of a room was blown off a building west of Potosi, but no one was hurt.

Meanwhile a band of intense thunderstorms was moving into the western part of the state from southwest Kansas, bringing reports of high winds and ping pong ball-size hail.