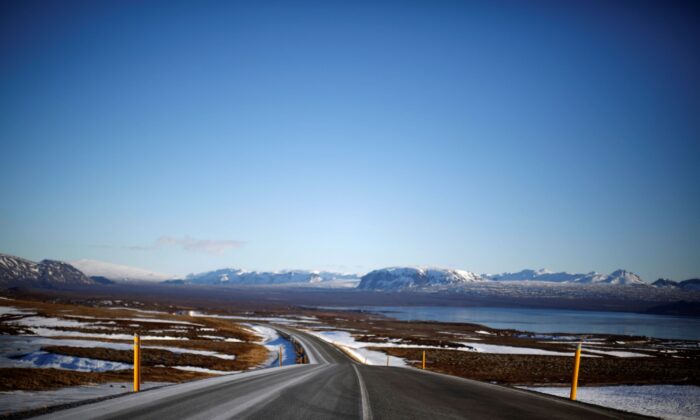 A road is seen near Thingvallavatn lake in southwestern Iceland, on Feb. 15, 2013. (Stoyan Nenov/Reuters)
Europe

Missing Tourist Plane Found at Bottom of Lake in Iceland

Authorities in Iceland have found a small plane at the bottom of a lake two days after the aircraft went missing with three tourists and a pilot on board, police said on Saturday.

The three tourists on the Cessna 172N plane—who departed for a sightseeing tour on Thursday—were from Belgium, the Netherlands, and the United States, Iceland’s Morgunbladid newspaper reported.

Iceland’s coastguard said in a statement the plane crashed into Lake Thingvallavatn some 25 miles east of the capital, Reykjavik, and was located with the help of an unmanned submarine.

The plane has not been pulled to the surface and no bodies have yet been recovered.

The Dutch Foreign Ministry told Reuters it had been informed by the airline company that a 27-year-old Dutch man living in Belgium was on the plane when it disappeared.

Coastguard officials could not immediately confirm the nationalities of the two other missing passengers.