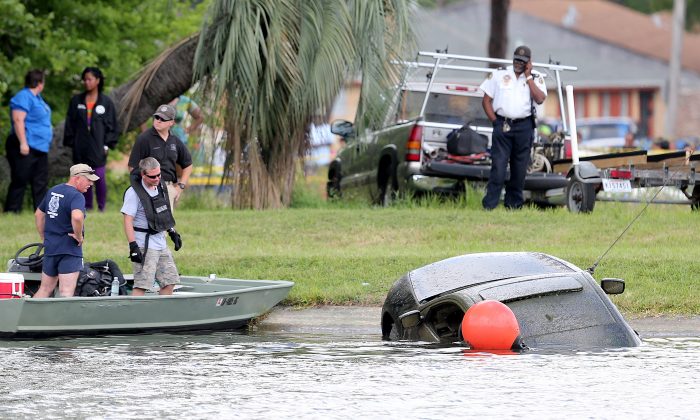 The Honda Accord belonging to teacher Terrilynn Monette, who has been missing since leaving a nearby bar in early March, is pulled from Bayou St. John by the Harrison Avenue Bridge in New Orleans on Saturday, June 8, 2013. (AP Photo/The Times-Picayune, Michael DeMocker) MAGS OUT; NO SALES; USA TODAY OUT; THE BATON ROUGE ADVOCATE OUT
US

The body of a teacher who went missing more than three months ago was found inside a car in a New Orleans bayou, according to reports over the weekend.

Terrilyn Monette, who was last seen in March driving away from a popular bar, was found in the Bayou St. John, reported WGNO-TV.

“It was not the outcome we had looked for but we did find her. It allowed the family to have some since of relief and closure,” state Rep. Austin Badon told the station.

Her black Honda was found by a dive team in the bayou.

“I don’t understand why it took them so long to find her car,” her mother, Toni Enclade, told New Orleans The Times-Picayune. “This is supposedly one of the first places they would have checked. I’m just overwhelmed. It doesn’t make sense.”

Monette was originally from Long Beach, Calif., but moved to New Orleans to teach. Her family had to fly from California to New Orleans.

Enclade told the Times she thought she was going to see her daughter again.