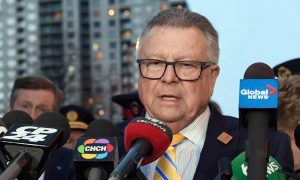 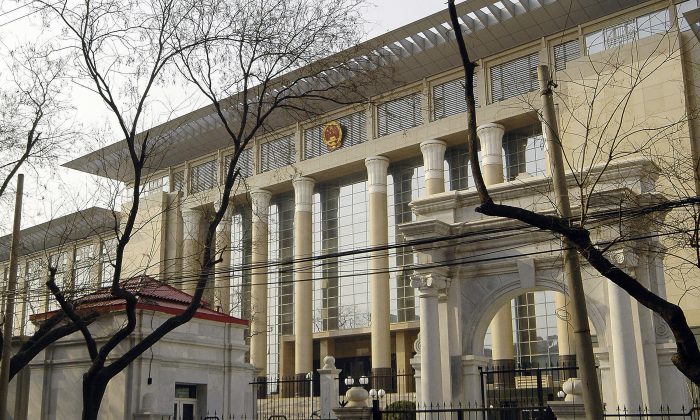 A new set of leaked documents have revealed the extent to which rule of law is ignored in China.

Cui Yongyuan, a well-known TV talk-show host in China, revealed via social media in early January that a judge in the civil division of the Supreme People’s Court discovered that files related to a mining company’s contract dispute in Shaanxi Province were stolen from his office—but did nothing to recover the files.

The negligence caused an uproar among Chinese netizens.

On Jan. 16, Cui added to the saga by leaking seven pages of documents that he purports to be the “second set” of lost files in the court case, which dates back to 2003 and was closed in 2018.

Cui shared the files via a post on Sina Weibo, a Twitter-like social media platform. The post was deleted shortly afterward, but thumbnails of those pages can still be seen on his Weibo page.

Though the pages with Zhou’s written commands were not leaked, the verdict issued in 2018 ended up being the same as what one of the underlings, Du, had asked within the comments.

Du had asked, “[We plan to] sentence the investment contract is still valid … Is this appropriate? Please give us an instruction.”

It was evident that Zhou was the ultimate decision maker in the case.

Beijing lawyer Wu Laosi wrote in an opinion article published on the independent Chinese news site China Digital Times that the recently leaked files show that a judge within China’s court system does not really decide the verdict. Rather, it is completely up to Communist Party officials’ opinion.

Chen Youxi, a Chinese lawyer and law professor at Renmin University in Beijing, also wrote in his article published on the web portal Sohu: “The files have recorded how political power directly interferes with the rule of law.”

The Shaanxi legal dispute was related to a coal mine with reserves of roughly 1.9 billion metric tons, valued at about 380 billion yuan ($55.24 billion). Chinese private company Kechley wanted to develop the mine, but the local authorities did not approve the project due to Kechley’s lack of a factory to process the coal.

Authorities instead signed a new agreement with Hong Kong-based Yik-Yip, to develop the mine in 2006.

Recently, the Chinese Communist Party leadership ensnared an official related to the case.

On Jan. 15, the internal watchdog, the Central Commission for Discipline Inspection, announced that Zhao Zhengyong, who served as the Party boss for Shaanxi Province from December 2012 to March 2016, is suspected of “seriously violating discipline and law,” and will be placed under investigation.

The state-run Beijing Daily reported on Jan. 17 that Chinese leader Xi Jinping gave an important speech at a political meeting for China’s officials working in the judicial system. During the speech, Xi made pointed statements urging officials to be free of corruption.

“Be brave to turn the blade inward,” he said. “Be resolute in removing the black sheep.”

Xi’s comments were seen as a warning to judiciary officials in light of the scandal resulting from the Shaanxi case.

According to The Epoch Times’ prior reporting, Zhao Zhengyong had close ties to an opposition faction that opposed Xi’s leadership and was loyal to former Party leader Jiang Zemin.