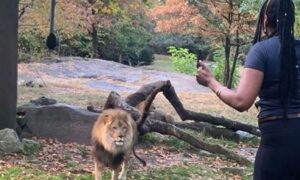 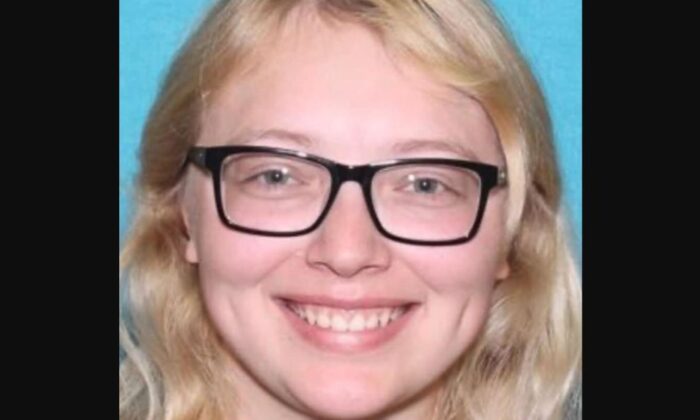 Jordan Lampus, of Erie, Pennsylvania, was found in Seattle’s Seward Park after calling 911, claiming she had been assaulted in the park (Cheyenne Police)
US News

A Pennsylvania woman who vanished last week was reportedly found on Thursday morning walking in a park across the country in Washington state.

Jordan Lampus, of Erie, Pennsylvania, was found in Seattle’s Seward Park after calling 911, claiming she had been assaulted in the park, according to KOMO News.

Lampus was found by officers without her glasses, but police found no evidence that an assault had taken place, officials said. As reported by KIRO7, police are unsure how she got there, and they’re not sure when she arrived.

Seattle is located about 2,500 miles away from Erie, Pennsylvania.

The 22-year-old Gannon University student was slated to go to Beaver Falls last week but failed to show up. According to KOMO, police said her family went to her apartment, finding that the back door was ajar and her possessions were missing, including her phone.

Lampus’s family then determined that she had not registered for classes during the semester and stopped going to her job. Her bills were also piling up, they said.

Days later, on Sunday, her van was found on the side of the road in Cheyenne, Wyoming, thousands of miles away from her home. But there was no sign of her. And before that, media outlets reported that her phone was “pinged” somewhere in Nebraska.

“Please just call us, just text us, just something to let us know where you are,” said her mother, Tina, reported KIRO.

Mark Jamieson of the Seattle Police Department, in elaborating, told KOMO that Lampus called them at 3 a.m. about an assault. Officers searched the area but couldn’t find any evidence of a suspect before they then took her to the hospital for an evaluation.

Her family told news outlets that Lampus suffers from migraines and had a concussion, and is without her medication.