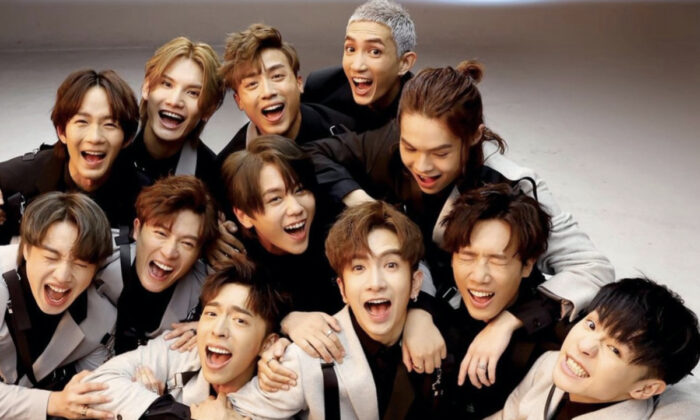 During Hong Kong mega boy group’s MIRROR We Are Live Concert”  on July 29, at the Hong Kong Coliseum 2022, A massive TV screen fell from height and plunged and hit a dancer’s head. The serious accident left two dancers injured. One is still in critical condition on July 30.

*This is a developing story.*

Aug 5: MIRROR confirms they are dropping out from their upcoming performance at Summer Sonic 2022 in Tokyo on Aug 20, 2022. This is the first time MIRROR attends the festival in Japan.

Aug 5: After being silent for a week, members of the band finally appeared on social media again. Leader Lokman posted on Instagram and said he will look after the boys. Other members echo their support for each other.

P.M., Aug 5: Anson Lo, a close friend of dancer Mo Lee, takes to Insta Story to apologize to his fans for having worried them in the past week. He expresses that nothing is more important than the well-being of Mo, Fung, Zisac, and other dancers. He waits for a miracle every day. He also thanks his fans for still being around for MIRROR. He says he has been trying to let everything sink in.

1130, Aug 4: MIRROR’s manager and MakerVill Director have been to Kowloon West Regional Police Headquarters to give statements.
Lam Ho-yuen, also known as Fran9, concert executive director, was also assisting the police. Police and the Government’s lab unit have been investigating and collecting evidence at the Hong Kong Coliseum

P.M, Aug 3: All 12 members of MIRROR and their manager Ms Fa were summoned to a meeting at the office, along with MakerVille’ Director Lo Ting-fai. This is the first time MIRROR was seen in public after the accident a week ago. Everyone was expressionless.

A.M, Aug 3: Mr. and Mrs. Lee went to the hospital again to visit their son. When they left, they thanked the reporters.

Aug 2: Pastor Lee released a prayer yesterday to thank everyone for praying for his son, Mo Lee. He also pleads with everyone to send their prayers to the other dancers and their families. He also shows gratitude to Mo‘s girlfriend, who is in the girl band Collar, for her extended and limitless support.

Jul 29-30: MakerVille announced events of artists, MIRROR, Collar and Toshi Yoshi, who are under its management have been canceled.

10:25, July 31: After the severe incident at the MIRROR Concert, all three engineering companies issued statements saying they did not install the giant screen.

06:35, Jul 31: 23 dancers of MIRROR WE ARE LIVE CONCERT released a joint statement to clear rumors of posting anonymous malicious comments online and crowdfunding for the wounded.

07:34, Jul 30: Lee’s parents arrived at the Hong Kong International Airport from Toronto at about 715 a.m. local time. Pastor Lee Shing-Lam and Mrs. Lee were greeted by Cathay Pacific staff and local quarantine officers. They were then escorted to the vehicle. They are currently heading to ICU at the Queen Elizabeth Hospital.

07:20, Jul 29: When responding to the media,  Queen Elizabeth Hospital representatives replied, “The Patient completed surgery last night. He is currently in the Intensive Care Unit.  As laryngeal anaesthesia was required during his operation, Mo was temporarily classified as a critical condition, based on clinical classification. His vital is stable.”

23:00, Jul 29: Lee suffered from cerebral haemorrhage and C4 spinal cord injury, which causes him to be paralyzed from the neck down.