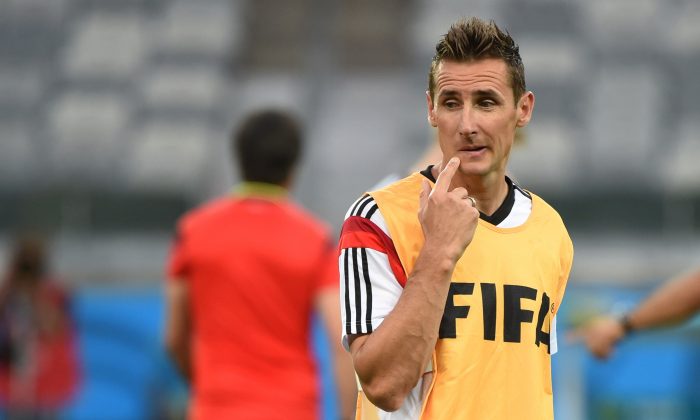 Germany's forward Miroslav Klose attends a training session at The Mineirao Stadium in Belo Horizonte on July 7, 2014 on the eve of their 2014 FIFA World Cup semi-final against Brazil. (PATRIK STOLLARZ/AFP/Getty Images)
Good to Know

When Miroslav Klose scored against Ghana for Germany in the 2014 World Cup group stage, he reached rarefied heights.

With a maximum of two games to go, Klose can still break the record.

Check out his World Cup goal scoring statistic below, and a video of his goals after that.

— 3 against Saudi Arabia; 1 against Republic of Ireland; 1 against Cameroon

— 2 against Costa Rica; 2 against Ecuador; 1 against Argentina