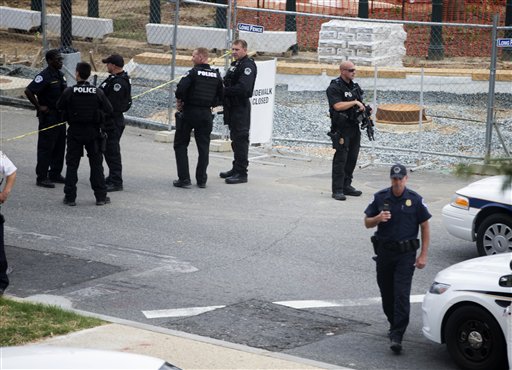 Miriam Carey, a 34-year-old dental hygienist from Stamford, Connecticut, was identified as the female suspect in the Capitol Hill shooting case on Thursday.

Citing a law enforcement source, Jennifer Swift with the New Haven Register reported that Carey was the female suspect. She was killed by law enforcement.

NBC News also identified Carey as the suspect, who did not have a gun. “She was using the car as a weapon,” one law enforcement source said.

Not much is known about Carey, but records from CUNY college in New York show a woman named Miriam Carey, who went to the college to train as a dental  hygienist, and “received a raise” from her job after she graduated in 2007.

FBI and Secret Service agents executed a search at the home of a woman in Connecticut. They’ve blocked off streets around the Woodside Green condominium complex in Stamford and are searching the residence.

There was a young girl inside the woman’s car, and the child was taken to a nearby hospital.

The Capitol building was placed on lockdown after the gunfire erupted.

Witnesses said they saw the suspect’s black sedan back up and smash into a police car after it was surrounded by law enforcement officials.

The woman allegedly hit a barricade at the White House before dozens of police cars chased her car to Capitol Hill. Police later opened fire on her vehicle.

NBC reported that she did not have a gun in her vehicle or fired shots.

It is unclear why Carey went to Washington D.C.

Capitol Police Chief Kim Dine told reporters that the incident was not terrorism-related and was an isolated incident.

Sen. Bob Casey, D-Pa., said that he was walking from the Capitol to the Senate Russell Office Building when he saw police officers heading up Constitution Avenue on motorcycles.

“Within seconds of that,” Casey said, “we heard three, four, five pops.”