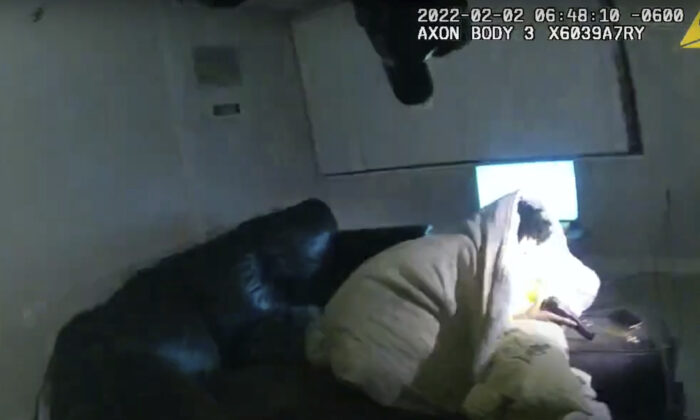 A Minnesota judge approved the “no-knock” raid that killed Amir Locke in Minneapolis last week, believing it was needed to protect the investigating officers and the public, court documents released on Thursday showed.

Officers who requested the warrant to enter a Minneapolis apartment were investigating a previous fatal shooting in St. Paul in which a firearm capable of penetrating police body armor was used. That justified the need for a no-knock entry to catch suspects off guard, the requesting officers said.

“The court further finds that no-knock entry, without announcement of authority or purpose, is necessary to prevent the loss, destruction, or removal of the objects of said search or to protect the safety of the searchers or the public,” a court document signed by Hennepin County District Judge Peter Cahill said.

Locke, a 22-year-old man, was not named in the warrant. Minneapolis police have acknowledged it was unclear how or whether he was connected to their investigation.

Cahill is the same judge who oversaw the trial of former Minneapolis police officer Derek Chauvin, who was convicted of murdering George Floyd in 2020.

In the days after Locke’s killing on Feb. 2, police released video footage of the raid.

Minneapolis Mayor Jacob Frey announced a moratorium on such searches on Friday, and some state lawmakers are seeking to enact legislation to limit them.

Video footage from the raid showed Locke holding a gun as he twisted beneath a blanket on a sofa after being roused by officers. Police say he pointed the gun at officers before they opened fire, but Locke’s family refutes that claim.

Activists have said Locke had a right to possess a weapon in his own home and was never given the chance to disarm himself in the chaotic moments as police entered his apartment without warning.

The no-knock warrant was issued in relation to a homicide probe led by detectives from the St. Paul Police Department.

The document mentions four suspects and names two of them, redacting the identity of one. Mehkia Speed, a named 17-year-old suspect, was arrested this week in connection to the killing of Otis Elder, 38, in Saint Paul, according to authorities.