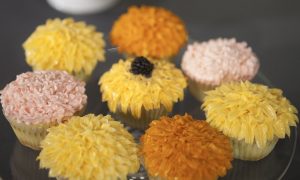 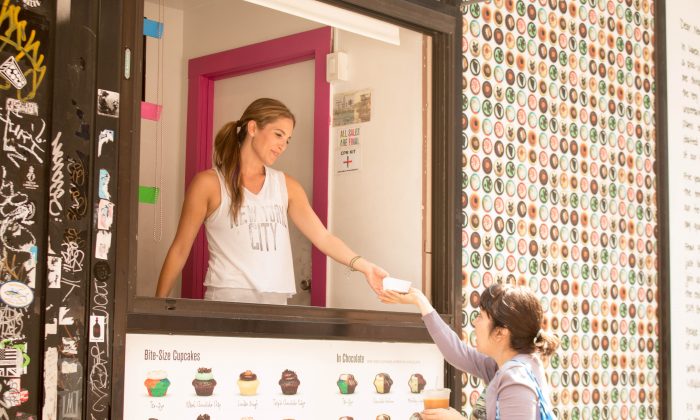 Melissa Ben-Ishay enjoy free cupcakes handed out at the original Baked by Melissa in SoHo, to mark the store’s closing after five years of business, on Monday. (Brendon Fallon/Epoch Times)
New York

NEW YORK—Baked by Melissa is closing its very first location, a pick-up window in SoHo, so owner Melissa Ben-Ishay passed out free cupcakes July 21 at the spot where it all began.

“All these memories are coming back,” Ben-Ishay said. “This is where I did most of my baking.”

It’s a sad time for the sweet tooth, as Crumbs recently filed for bankruptcy. But fear not, it looks like mini cupcakes are here to stay. Baked by Melissa is only closing the SoHo location because of redevelopment.

When Ben-Ishay signed the contract in 2008, she was told the building would be sold in five months.

“We never thought we would make it to five and a half years,” she said. “It just shows the magic of this place.”

The premise of the mini cupcakes is that one should be able to taste a variety of delicious desserts without feeling guilty.

“I’ve heard they are great,” said Autumn Offedal, who stopped by to take a free cupcake. “I’ve never had the chance to try one before.”

The store first opened its doors in 2009 and has acquired 13 new locations since then, including a pop-up shop nearby on Broadway and Prince Street.