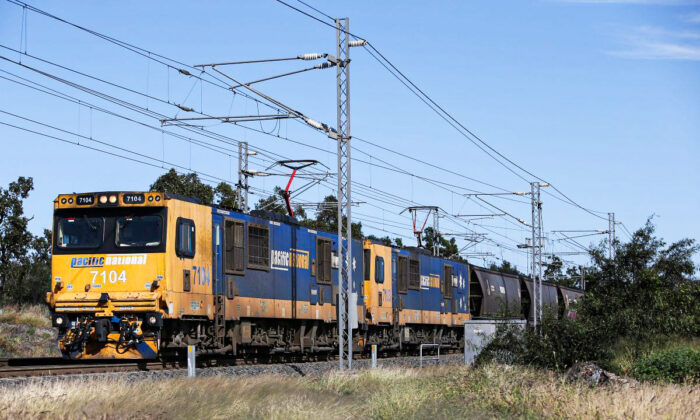 A coal train is seen moving parallel to the A4 Highway in the Clermont and Blackwater region in Clermont, Australia, on April 29, 2019. (Lisa Maree Williams/Getty Images)
Australia

Miner Killed in Accident at Coronado Global Resources Mine in Australia

MELBOURNE—A miner was killed early on Sunday at an open-cut coal mine operated by Coronado Global Resources in central Queensland in Australia, a spokesperson for the company said.

Operations at the Curragh Coal Mine, located some 800 kilometres (497 miles) northwest of Queensland’s state capital Brisbane in the Bowen Basin, have been temporarily suspended to allow for investigation.

“A full investigation is being conducted into the accident and Coronado is working with the Queensland Police, the Department of Natural Resources, Mines and Energy and other authorities,” a spokesperson for the Australia-based metallurgical coal producing company said.

A spokesperson for Queensland’s Resources Safety and Health Queensland (RSHQ), the state’s independent regulator of worker safety and health in the resources industries, said that the coal mine worker was fatally injured while on duty overnight at the coal mine near Blackwater.

“The worker’s family has been notified,” the spokesperson said.