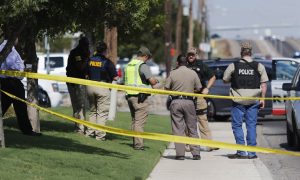 MILWAUKEE—Police in Wisconsin are investigating a shooting that left five people dead inside a home.

Chief Alfonso Morales said during a brief news conference that officers found five victims in the house on Milwaukee’s north side. The Milwaukee Journal Sentinel reported the victims were between the ages of 14 and 41 and the shooting took place shortly before 11 a.m. Monday.

Morales said during his news conference that the person who called officers to the home was taken into custody and there is no threat to the public.

He said investigators believe the shooter acted alone and they have recovered a weapon.