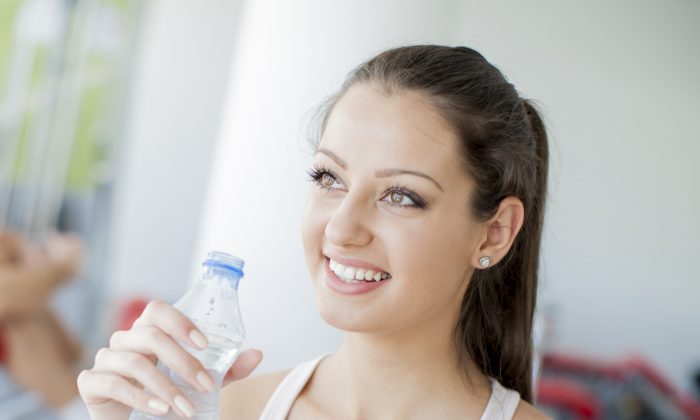 This photo shows a woman drinking water after a work-out. In China, drinking water is getting more and more polluted, causing several cases of poisoning.
US

The largest federal aid program for improving the nation’s drinking water systems has struggled to spend money in a timely fashion despite demand for assistance that far exceeds the amount available, a review by The Associated Press shows.

Project delays, poor management by some states and structural problems have contributed to nearly $1.1 billion in congressional appropriations sitting unspent in Drinking Water State Revolving Fund accounts as of Aug. 1. The backlog is smaller than it once was, but federal data show that many states are not on track to meet a goal set by the U.S. Environmental Protection Agency, which wants any money dating back to 2013 to be spent by next year.

In addition, states are using an increasing share of money on other drinking water services instead of investing in infrastructure. About 1 in 5 dollars in recent years has gone to purposes such as paying the salaries of state employees and contractors. Those expenses are allowable but leave less for the repair and replacement of leaky pipes, deteriorating treatment plants and century-old storage tanks.

Congress established the revolving fund in 1996 as a way to provide low-interest loans to cities, counties and utilities to help pay for maintaining aging water systems. In recent years, lawmakers have approved $900 million annually for the program, but they are considering a deep cut for next year.

When loans are not issued and grant money isn’t spent, “needed drinking water improvements are not implemented, communities do not receive the intended health benefits and states miss opportunities to infuse funds into the state’s economy and create jobs,” the agency’s inspector general warned last year. The warning came in a report that singled out some states for giving out too few loans and leaving too much unspent.

The EPA awards annual allotments to states based on a national survey of infrastructure needs conducted every four years. States then have some flexibility to decide how to distribute the money to projects, based first on public-health considerations.

The law requires that every state receive at least 1 percent of the appropriation, which means small, largely rural states have enjoyed a disproportionate share. A dozen states with populations of less than 2 million have received the highest per-capita funding levels, while large states such as California, Texas and Florida are near the bottom, the AP analysis shows.

But actually spending the money has been a challenge for states big and small.

“It’s not a bad problem to have—too much money,” said Danielle Shuryn, who helps run New Mexico’s program, which recently increased its hiring of employees and contractors as it tries to reduce its backlog of unspent money.

Acknowledging past shortcomings, states such as California and Texas have overhauled their programs to better move projects to completion and spend their appropriations faster. The amount of unspent money has been cut in half nationally in the last four years after reaching $2.2 billion in 2011. Still, it remains an EPA concern.

Peter Grevatt, director of the EPA’s office of groundwater and drinking water, said states have made “a very significant improvement” in reducing their unspent money and would continue making strides. He said the goal is to spend all money that comes in within two years—faster than federal regulations require.

State managers said some spending delays are unavoidable, given the complexity of water projects, which can take years to complete. The program’s careful approach, they said, ensures money goes to worthy projects and to systems that can repay loans. Cities sometimes reject rate increases and cancel their plans, and projects get bogged down during environmental studies or in design and bidding stages.

“It’s not as if the funds are being bungled or poorly spent. It’s a question of delays,” said Jim Taft, executive director of the Association of State Drinking Water Administrators.

The program’s focus on providing loans rather than grants makes it financially sustainable as money gets repaid through water system revenues over time. But it also discourages projects in some small towns, where officials say they cannot afford to repay loans without raising water bills to unaffordable levels.

In Tennessee, for example, the state’s top-ranked project this year is a $684,000 plan to replace leaking water lines in Gainesboro, population 1,500. The state’s plan calls for the project to receive a 20-year loan in December, but Town Clerk Lisa Dodson said the only way the community would carry out the work is with a grant.

The program is also helping to build a $76 million water-treatment plant in Ames, Iowa.

Since the fund’s inception, more than 11,500 projects have received assistance totaling $28 billion. Grevatt said the program has been successful but does not by itself provide enough money to meet the nation’s water infrastructure needs.

The program’s financial future is uncertain. Republicans who control Congress want to cut it by about $150 million a year. President Obama proposed a 30 percent increase. Supporters are rallying to its defense.