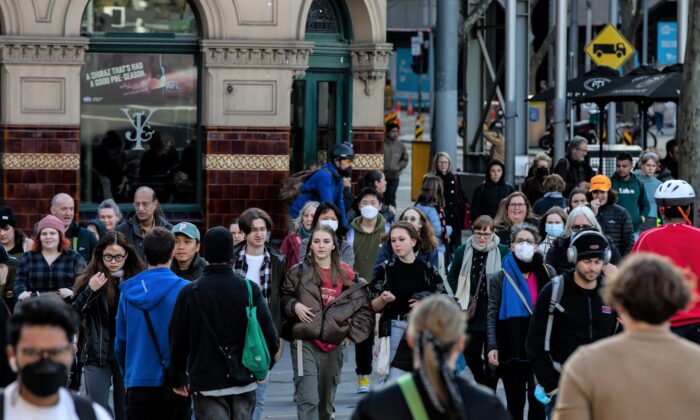 Australia’s population is going through a generational shift, with the baby boomers no longer being the largest demographic in Australia as the cohort continues to shrink while the millennials expand through migration.

However, the data shows the important role that the elder generation has now taken in providing childcare, often for their grandchildren. Around one in eight also reported that they took care of other peoples’ children and were the generation most likely to help the others through volunteering and unpaid assistance.

Meanwhile, many millennials are going through a period of upskilling, with the group representing 40 percent of people undergoing vocational education.

Further, almost half of people currently in regular service for the Australian Defence Force are millennials.

The national population has also increased by over two million people, or 8.6 percent, to a total of 25.5 million which means in just 50 years Australia’s population has doubled.

Australian statistician David Gruen said the census provides rich information about the nation and how it has changed over the years.

“Every stat tells a story and today we are sharing a glimpse into the stories of almost 25.5 million Australians. This accurate and valuable data reveals who we are as a nation and how we have changed,” he said.

The census also captures a snapshot of the changing landscape of Australian families.

Over 5.5 million couple families were counted, of which 53 percent had children living with them.

The remaining couples did not live with any children, a statistic that has been steadily rising.

The census also recorded over one million single-parent families for the first time, with four out of five of those parents being female.

The data also suggests that COVID-19 affected the ability of grandparents to care for their grandchildren after there was a drop of 50,000 baby boomers who took that responsibility in 2021 compared to 2016.

Within the home, over 5.5 million people are reported to speak in a language other than English, with over a quarter of people born overseas.

However, Australia and England remain firmly in their positions as the top two countries of birth, but India has overtaken China and New Zealand to third place.

The number of people that speak Punjabi at home jumped by 80 percent, the largest increase in languages other than English used at home.

Meanwhile, over 800,000 people (3.2 percent) identified as Aboriginal or Torres Strait Islander, an increase of 25 percent since 2016.