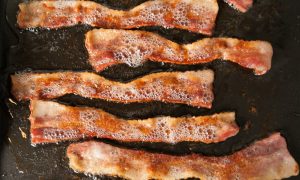 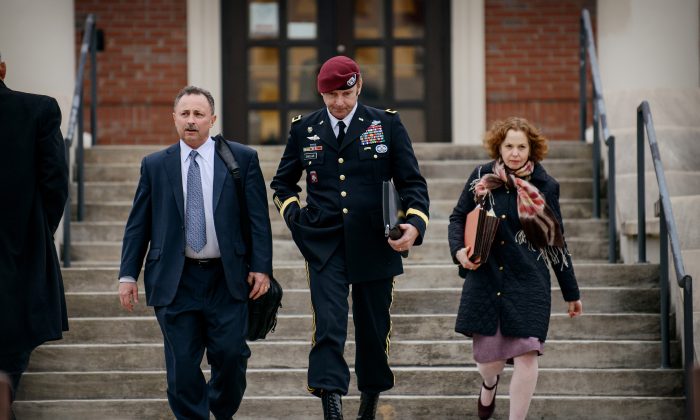 The military, Congress, and the Obama administration have been struggling to end an epidemic of sexual assaults in the military. Victims have testified before Congress that their commanders gave them no support. Some have testified that they thought reporting an assault would end their military careers.

In that context, a high-profile case of military assault is being tried in a court-martial at Fort Bragg in North Carolina. An Army captain accused a brigadier general of forcing her to perform a sexual act on two occasions, while both served in Afghanistan. The defense has portrayed the female Army captain as a stalker who lied about the assaults because Brig. Gen. Jeffrey A. Sinclair refused to leave his wife for her.

Emails nearly derailed the trial. All charges could have been dismissed, based on whether a high-ranking lawyer at the Pentagon unlawfully interfered in the case against Sinclair, threatening the closely watched court-martial.

Pohl said he found evidence that the original rejection of the plea deal was influenced by political considerations, which is against the code of military justice. Cases are supposed to be considered only on their merits.

And those political considerations are weighty.

President Barack Obama said in January about sexual assaults in the military: “I’ve made it clear I expect significant progress in the year ahead. These crimes have no place in the greatest military on earth.”

To allow the highest-ranking military officer ever prosecuted for sexual assault make a plea bargain would not have looked like significant progress.

Congress is trying to change the way the military handles sexual assault.

Sen. Kirsten Gillibrand (D-N.Y.), chairwoman of the Armed Services personnel subcommittee, has been working to move prosecution of military sexual assault outside the chain of command.

She has not succeeded, and her approach has been stalled. It was meant to remove conflicts of interest, and protect those who were assaulted by superior officers, which is the accusation in the Sinclair case.

Sen. Claire McCaskill (D-Mo.) built a different approach together with two Republican colleagues. It overhauls the way the military will handle sexual assault charges, but keeps prosecution within the chain of command. The Senate overwhelmingly passed her measure Monday.

The problem is endemic. The Pentagon has estimated that as many as 26,000 military members may have been sexually assaulted in 2012, based on an anonymous survey.

According to the most recent Department of Defense report covering 2012, there were 3,374 reports of sexual assault involving service members.

Reports were up 6 percent over 2011, which the DOD stated it considered a good sign. It indicates that more victims are confident in reporting the crime and getting help, according to the report.

The emails that nearly led to charges against Sinclair being dismissed included a Dec. 16 email in which the deputy staff judge advocate at Fort Bragg, N.C., Lt. Col. James Bagwell, corresponded with Brig. Gen. Paul Wilson, the assistant judge advocate general for military and operational law based in Washington.

At the time, Bagwell was advising Fort Bragg’s top commander on whether to accept an offer from Sinclair to plead guilty to some of the lesser charges in exchange for the Army dropping the sexual assault charges. Adultery is a crime under military law, and Sinclair and his accuser had an adulterous affair.

In the email, Bagwell asked Wilson for his opinion about the plea offer.

Bagwell testified Monday that he later spoke with Wilson by phone. Wilson was previously stationed at Bragg and Bagwell described him as mentor.

“We very briefly discussed our personal opinions on the case,” Bagwell said. “He gave me his opinion.”

However, Bagwell testified that Wilson, a superior officer, never directed him on what he should do.

Lt. Gen. James Anderson, as the commander of the base, made the final decision to reject the plea offer.

Testifying from Afghanistan by telephone, Anderson said the only thing he weighed to make up his mind was the opposition of Sinclair’s primary accuser to the deal.

In a December letter sent by her attorney, the female captain at the center of the case opposed the proposed plea agreement.