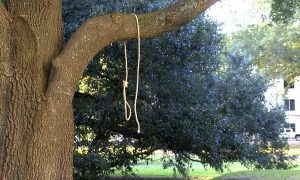 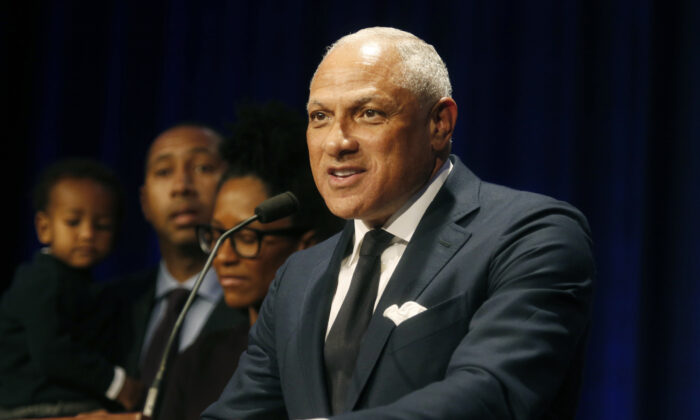 Mississippi Democrat Mike Espy stands with family members as he talks to supporters in a crowded auditorium at the Mississippi Civil Rights Museum in Jackson, Mississippi on Nov. 27, 2018. (AP Photo/Charles A. Smith, File)
2020 Election

Mike Espy to Run for Mississippi US Senate Seat, Setting up Rematch With Cindy Hyde-Smith

Former Secretary of Agriculture Mike Espy is running again for a senate seat, setting up a rematch with Sen. Cindy Hyde-Smith (R-Miss.), who beat Espy in 2018.

The special election came after Sen. Thad Cochran retired from office due to health problems. He died in May.

Espy announced on Tuesday that he’s seeking a rematch with Hyde-Smith.

“It’s official. I’m running to be Mississippi’s next U.S. Senator. Too many people here can’t find a decent job, rural hospitals are closing, and the price for education is just too high,” Espy said in a statement.

His loss last year was “close” he said.

President Donald Trump won the state by 18 percent in the 2016 election.

Espy said he feels progress in Mississippi is too slow and he wants to speed it up.

“Cindy Hyde-Smith is hurting Mississippi. Our progress and reputation,” he said in the video.

Espy currently practices law and serves on the board of the nonprofit Hope Enterprise Corporation.

Republicans hold a 53-47 majority in the Senate, an extension of the 51-49 majority they held before the 2018 midterms.

There are 23 GOP-held seats up for grabs while 12 Democratic-held seats are up for re-election.

A number of seats are considered safe, but many others could see a flip one way or another. Hyde-Smith’s 7.2 percent victory over Espy was the seventh-smallest percentage win among senators facing re-election.