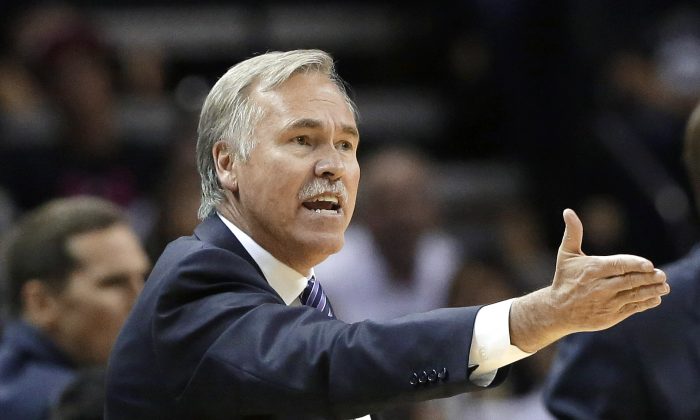 D’Antoni, 63, coached the Nuggets back in the lockout-shortened 1998-99 season, but was fired after the season. He went on to coach the famed Phoenix Suns squad that featured Steve Nash at the helm before moving on to the New York Knicks in 2008. After resigning late in the 2011-12 season, he landed at the Lakers.

Los Angeles didn’t do well under D’Antoni, and he eventually resigned.

D’Antoni recently told Bleacher Report that he’d be interested in coaching again. “There is nothing that motivates me more than being with a group of guys in the coaching room of an organization trying to figure out un-solveable problems,” he said.

He said that there’s nothing like coaching in the NBA. “It’s intoxicating,” he said. “You get an enormous high … makes you feel exhilarated.”

Two sources told ESPN earlier this year that if Brian Shaw was fired, D’Antoni would be the top likely replacement. D’Antoni coached several current Nuggets players, including Danilo Gallinari and Wilson Chandler, back in New York.

Coaching sources say Nuggets will take a long-term view on finding replacement for B-Shaw, but there are a couple key names to watch already

Marc Stein of ESPN said that along with D’Antoni, former Nuggets guard Avery Johnson and current Warriors assistant coach Alvin Gentry could be contenders for the post.

But both he and Adrian Wojnarowski of Yahoo noted that the Nuggets haven’t solidified their search as of yet. “Organization needs to decide direction and then look at best fits,” Wojnarowski noted.