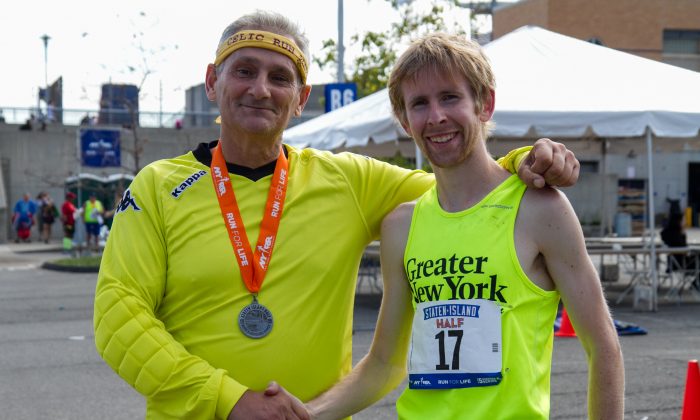 NEW YORK—Mike Cassidy, a native of Staten Island, New York City, won his third consecutive Staten Island Half-Marathon Sunday morning with a time of 1 hour, 7 minutes, and 15 seconds. That was 31 seconds better than last year’s time and over a minute off his first win in 2011 coming in at 1 hour, 8 minutes, and 38 seconds.

Cassidy has been running since he was a freshman in high school in 1999. He has also run the New York City Marathon three years and he has run Olympic trials.

The annual half-marathon is part of the New York Road Runner’s 5-Borough Series.

How did she  feel? “I feel like I want to die. Like I want to cut off my legs, like my eyeballs hurt, like I need someone to get me a pizza right away.”

Lee said she posted a better time today than her 17-mile training run last weekend. The half-marathon is 13.1 miles (21.1 km).

Bill Young, another participant, tweeted: “Just finished the Staten Island Half-Marathon. Man I could go for a donut or two right now.”

With additional reporting by Benjamin Chasteen