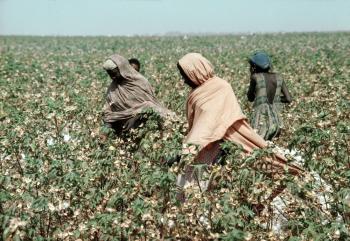 Gary Feuerberg
View profile
Follow
biggersmaller
Print
The year 2009 was not a kind one to migrants, according human rights groups on Dec. 18, International Migrants Day. Migrants, including those with proper documentation, are routinely abused in many parts of the world, detained for long periods of time in prison-like conditions, sometimes confined to their workplaces, cheated of their wages, and subject to extortion from authorities, the groups’ findings said.

One illustrative case presented by Amnesty International was a 19-year-old who left his family in Nepal to work in Malaysia. He wanted to leave Nepal because the communists were forcing young men to become fighters, threatening death for noncompliance. He borrowed the equivalent of US$1000 to pay for the journey, but when got to Malaysia the agent’s promise of work never materialized. He had to beg to survive before finding work, and because the agent kept his passport and failed to renew his visa, he now lives and works illegally in Malaysia, constantly worried of being picked up by the authorities. He can’t go home because he doesn’t have a passport, and his illegal status means he earns less than other workers—not enough to send money home to the family.

Human Rights Watch (HRW) published a “roundup” of violations of migrants’ rights on Dec. 16, including documented cases of children held in detention centers without their parents, where they were physically and sexually abused, governments denying migrants of their health care benefits, and injustices perpetrated with no hope for redress.

Dec. 18 was chosen to mark the occasion because on that day in 1990 the General Assembly of the United Nations adopted the “International Convention on the Rights of All Migrant Workers and Members of their Families,” simply known as the International Migrant Convention.

The Convention seeks to draw attention to the dehumanization of migrant workers and members of their families, including the deprivation of their basic human rights, according to UNESCO. Western countries, including the U.S. have not ratified or signed the convention, but the same principles are enshrined in the Universal Declaration of Human Rights.

The United Nations Population Division in the Department of Economic and Social Affairs is predicting approximately 214 million international migrants in 2010, which represents about 3.1 percent of the world population. In numbers of migrants, the U.S. has by far the most, with 42.8 million, while Russia is second with 12.3 million. The 214 million figure does not include internal migrations within countries.

Domestic Workers in the Middle East

Domestic workers and construction workers compose a large proportion of legal migrants. They are typically heavily indebted to their recruiter. Domestic workers usually do not have the same labor protection laws as others. Saudi Arabia hosts the largest number of domestic workers in the Middle East with at least 1.5 million. Many instances of forced labor occur because domestic workers cannot easily leave their workplace or the country without an “exit visa.” New laws this year guarantee domestic workers nine hours of rest each day and suitable accommodation, the HRW report says.

Kuwait’s 600,000 migrant domestic workers are excluded from the country’s labor law and the report says that “many work long hours with no rest days for little pay.” They cannot leave their employer without the employer’s consent.

Jordan became the first Arab country to include its 70,000 domestic workers under it labor protection law, which limit daily working hours, provide medical insurance and one day a week of rest. Even with the new law and regulations this last September 2009, employers are still allowed “to lock their live-in workers inside the house, stipulating that the worker cannot leave without the consent of the employer, even after working hours,” says the HRW report.

For the estimated 200,000 domestic workers in Lebanon who come mostly from Sri Lanka, the Philippines, and Ethiopia, the right is not guaranteed for a domestic worker to leave the workplace and retain her passport. This year and last, HRW found high death rates for domestic workers—eight dying in October alone.