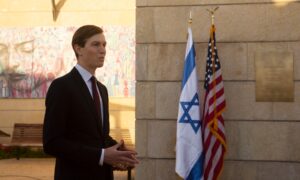 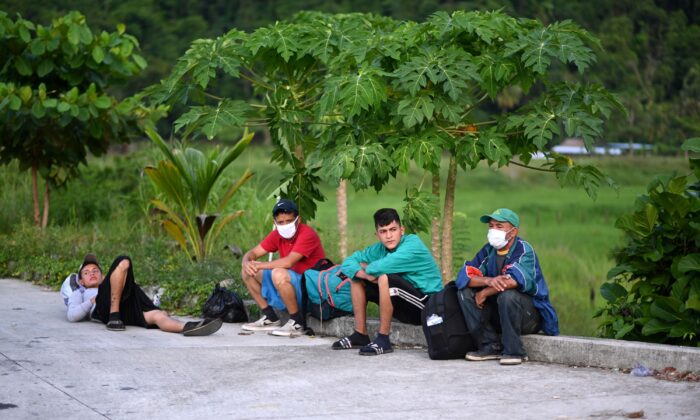 Migrant Caravan Will Not Be Allowed to Pass, Says US Border Official

TEGUCIGALPA—The United States, its Central American allies, and Mexico will not allow a group of migrants that is readying a trip north from Honduras to travel to the U.S. border, a senior U.S. border official said on Friday.

Hondurans have taken to WhatsApp and Facebook groups, some of which have thousands of subscribers, to organize another caravan scheduled to leave from the country’s northern city San Pedro Sula on Jan. 15, despite the coronavirus pandemic.

“Do not waste your time and money, and do not risk your safety and health,” Mark Morgan, acting commissioner at the U.S. Customs and Border Protection, said in a statement.

“Migrant caravan groups will not be allowed to make their way north in violation of the sovereignty, standing public health orders, and immigration laws of the respective nations throughout the region.”

Many Hondurans still live on the streets after their homes were devastated by hurricanes Eta and Iota.

Restrictions put in place to curb the spread of the pandemic in the poor Central American country are making it even more difficult for many to get back on their feet.

In one Facebook group that boasts more than 5,500 members, people exchange advice on how to reach “paradise,” how to protect themselves against fraudsters and COVID-19 on their trip north, and share prayers.

It would be the second such caravan leaving Honduras since the hurricanes. In December, a caravan got to Guatemala but was dispersed by authorities before reaching Mexico.

On Dec. 19, the team of President-elect Joe Biden said he and Mexican President Andres Manuel Lopez Obrador vowed in a phone call to hone a “new approach” to migration issues that “offers alternatives to undertaking the dangerous journey to the United States.”