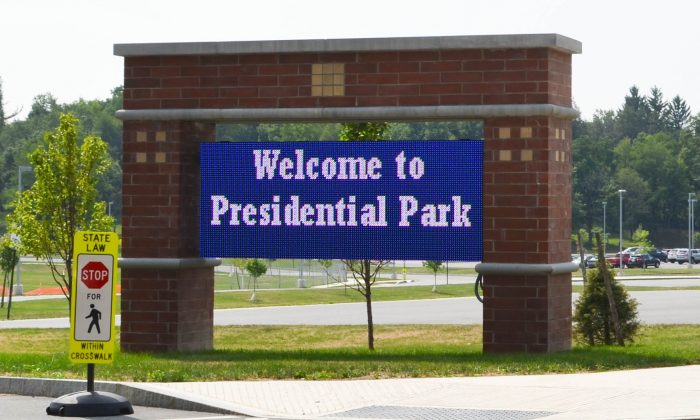 Technology changes teaching, learning, and preparing for the workforce
By Yvonne Marcotte

MIDDLETOWN—With a tenure of 12 years, Dr. Kenneth Eastwood is a relative old timer in comparison to most school superintendents in New York. Being an “old timer” has not prevented him from being up to date—Eastwood has helped make the Middletown City School District a national leader in bringing technology to bear on education.

In August 2013, Eastwood’s work was recognized when Middletown was invited to join the League of Innovative Schools, a program approved by Congress that brings together an elite group of 52 school districts that are leaders in technology. With other League members, Eastwood has attended policy meetings at the White House to help form policy around educational technology.

Eastwood said the district brings in resources electronically to a central location, then delivers them across the district. The district has its own 10G internet connection and will soon bump it up to 20G, which is higher than many companies. “There’s no resource out there that we can’t deliver, whether it be by video or digitally,” he said.

Eastwood has been trained in educational measure and organizational improvement, and has used these skills in making Middletown a national leader. “We have been on a long cycle on improving technology in this district,” Eastwood said.

To bring his schools up to speed, Eastwood started at the elementary level in Presidential Park Elementary School. The school was planned with the latest technology. “We wanted to get one building up and running with the new flavor of technology.” This has now been replicated in grades K through 8 across the district.

Eastwood is well aware that hardware and software are not enough to improve learning—excellent teaching using technology is key. This is not how the parents of today’s students learned. He calls it a “flipped environment.” Traditionally, an instructor would provide background on a topic in class and the student would take that forward doing homework.

Now, using the Internet, “they do all of their prep work ahead before they come into class.” They can access videos and lessons prepared ahead by teachers. Students can also do individual research to supplement all that learning.

There’s no resource out there that we can’t deliver, whether it be by video or digitally.
— Dr. Kenneth Eastwood, Superintendent of Enlarged City School District of Middletown

With students prepared for class projects, teachers can then “clean up” the information they’ve collected for their projects or other activities that extend that knowledge. “That’s the teacher’s job now—to help them through the actual application of that knowledge,” Eastwood said.

The focus is, not only to become independent learners, but on how to work in teams which is the work environment in most companies.

All students in grades 8-12 have their own Chromebooks. The district pays for it and students can take them home.

Eastwood, like most administrators, realizes that traditional study halls don’t support real learning. “It’s a hangout. Most kids hate it.” Starting in 2017, there will be no more study hall in the Middletown City School District high school. A third floor will be added to make way for more students and for rooms known as “maker spaces.”

Eastwood says the learning approach will be project/problem-based learning. “When we are done with the full renovation, the program at the high school changes dramatically,” Eastwood said.

Hardware and software are not enough to improve learning.

What was previously known as an idea lab or, in the private sector as incubators, maker spaces will be the place students go “to develop and test things out.” The high school will have three and completely eliminate study halls.

Students will learn in teams. Their team will be scheduled to meet in a maker space every day to work on projects. “One could construe it as homework,” Eastwood said.

This type of learning is meant to extend into a student’s future work environment. “When you go to a company, you’re going to be working with a team on a project,” Eastwood said.  Most projects are technology-driven, and the maker space will be heavily technology-driven.

There is debate on whether smartphones should be in schools. “I don’t see the cellphone as a legitimate device,” Eastwood said, but he acknowledges how difficult it is to enforce a ban.

This type of learning is meant to extend into a student’s future work environment.

Eastwood uses his phone for note taking and other tasks. “I’m a different age group, and the kids are using it for other purposes that we know are not instructionally oriented,” Eastwood said.

In a series of buy-in discussions with students, it was agreed that students may use their phones during lunch and other non-classroom places. Once in class, students will be required to place their phones face up on a corner of their desks. The teacher can see if the phone is lit. “We are in the process of trying to make that work this next year,” Eastwood said.

The school district tries to prepare students for life after graduation. A program called 20-20 is now being discussed with the district’s Board of Education. The plan is meant to guarantee that a graduate can enter a workplace fully prepared to contribute.

The focus will be in three key areas—math, literacy, and competency in writing. If an employer finds the former student deficient in these areas, “they can refer them back to us,”  Eastwood said. The graduate will attend night school to bring them up to speed.

Eastwood said a common complaint about high school graduates is their lack of basic computation and literacy skills, especially writing, in the workplace. The district’s goal is to identify lack of proficiency and fix it.

The district’s goal is to identify lack of proficiency and fix it.

Eastwood says he is not a big fan of Common Core state standards, but strongly believes in learning standards. “I can identify the standards [in the three proficiency areas] that both the colleges and the workplace need. The 20-20 plan will require students to master algebra by 8th grade and take a writing test at the end of 8th grade.

Eastwood has been Middletown’s superintendent for 12 years. The average superintendent stays for about three and half years. “I think it’s the pressures of running a public school system,” Eastwood said, regarding the short time superintendents stay on.

“One of the correlates of lack of success of moving districts forward is the lack of stability of superintendents,” Eastwood said. “If you really want deep change, long term change, you have to keep those folks around—and that’s not happening.”