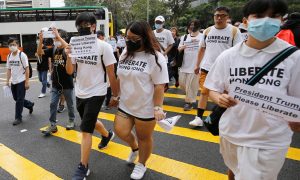 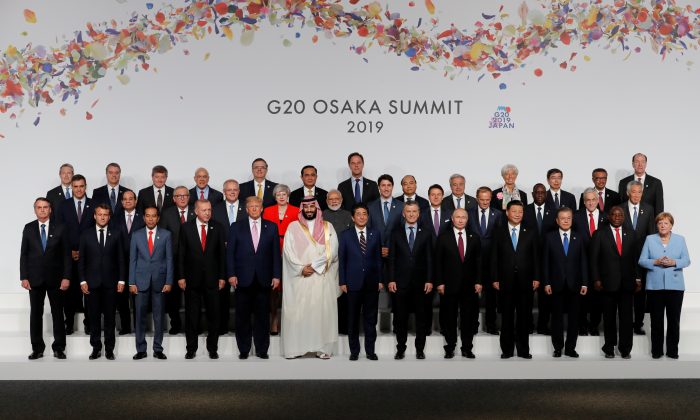 Middle Power Nations Adjust to the Era of Sino-US Competition

As the competitive gridlock between the United States and China that account for about two-fifths of gross world product and half of global military expenditures tightens, the 45 middle power nations are being forced to consider taking sides in trade and diplomatic policies.

The “New World Order” is now seen as a protracted decoupling of the “G2” superpowers. U.S. Commerce Secretary Wilbur Ross stated that the United States and China have moved from an era of mutual economic and security co-operation to a period of “co-opetition,” where competitors only engage in co-operation when it is mutually beneficial.

The geopolitical definition of “middle powers” are those nations that are “able to resist pressure from a major power without the support of another major power.” According to the National Interest, the middle power nations’ approach to Sino-U.S. relations has evolved over the past two decades through three phases.

There was little need for middle powers to choose sides over the initial 2001–08 phase. The United States was the chief advocate for China’s accession to the World Trade Organization and its “major debut on the global economic stage.” While Washington exhorted Beijing to contribute more and “become a responsible stakeholder in the international system,” middle powers—such as Malaysia, Singapore, and Vietnam—did not see “any intrinsic conflict between the strengthening of diplomatic and military ties with the United States and the concomitant strengthening of trade and investment ties with China.”

The second phase lasted from the late 2008 Global Financial Crisis through the end of the Obama administration in 2016. China’s gross domestic product grew from being roughly 35 percent as large as America’s to 60 percent. China became the world’s largest exporting country and eclipsed Japan to become the world’s second-largest economy. As the “principal motor” of global economic growth, China took its capital intensive development model global by inaugurating its “One Belt, One Road” (OBOR, also known as Belt and Road) initiative.

The Obama administration praised China’s collaboration on U.S. imperatives such as “countering climate change and maintaining macroeconomic stability.” But as the two economies became economically and technologically interdependent, the middle powers became increasingly apprehensive of Chinese leader Xi Jinping’s proclamation that rapid military and naval modernization was China’s path to resurgence as a great power.

For middle powers, the 2012 book “The China Choice” by Australian National University’s professor Hugh White stirred controversy over the coming of a “Concert of Asia” that would include the United States and China—both of which would accept strategic parity with one another, as well as India and Japan. White emphasized that this evolution would inevitability compel Australia to align itself with Washington or Beijing.

White’s reasoning tapped into a “lurking anxiety of other middle powers, especially those that border China, that their days of strategic hedging would, too, be numbered.” With the United States viewed as in relative decline but still essential to their security and China in relative ascendance and vital to their growth, the middle powers ability to maximize their freedom of maneuver between Washington and Beijing may deteriorate.

The National Interest argues that the middle powers have entered a third phase in Sino-U.S. relations in 2019. China’s militarization of the South China Sea, intensifying pressure on Hong Kong and Taiwan, and growing use of economic coercion have heightened anxiety about its strategic intentions. The United States’ skepticism of international institutions and emphasis on “bilateral transactionalism” has compelled some allies to question the reliability of America’s role in world affairs.

Lowy Institute researcher Bonnie Bley, observes that Asia-Pacific middle powers are securing free-trade agreements with each other, conducting joint military exercises, and “banding together with minor and middle powers” on United Nations voting.

Asia-Pacific middle powers are keenly aware of the competitive degradation of U.S.-China relations. But as China state-controlled Huawei and ZTE tech giants expand globally, Europe middle powers are increasingly experiencing pressure to “choose sides” between having their 5G telecommunications networks developed by China or by U.S.-funded European competitors such as Nokia and Ericsson.

While many will continue trying to balance their relationships with the G2 competitors, Australia’s Prime Minister Scott Morrison told the G20 summit his country will not “just sit back and passively await our fate in the wake of a major power contest.”

White stated that as a responsible middle power globally and a significant power in the Asia-Pacific region, Canberra should take sides and strengthen its alliance with Washington. Morrison quoted Mao Zedong’s Cultural Revolution exhortation that it is time for middle powers like Australia to “walk on two legs.”