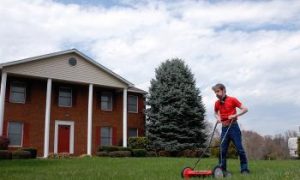 By Genevieve Belmaker
Print
JERUSALEM—The U.S.-led campaign for launching proximity talks between Israel and the Palestinians has not yet been successful. U.S. Special Envoy George Mitchell, who arrived in the region this week and met with Israeli Prime Minister Benjamin Netanyahu on Wednesday night, will continue to have meetings with both sides through Saturday.

No public statements were made following Mitchell and Netanyahu’s Wednesday meeting, but official photos were issued.

Mitchell met with Netanyahu again on Thursday evening, and will meet with Palestinian President Abbas on Friday evening and on Saturday. He plans to leave the region on Sunday.

The U.S. State Department has reiterated that Mitchell will have “multiple meetings on both sides” during his visit, and there will be a full update only after the meetings have concluded.

The meetings so far have been characterized as “good and productive” by Mitchell, but he did not reveal any details.

During a State Department press briefing on Wednesday, spokesman Philip Crowley noted that the U.S. has high expectations that they will be able to formally move forward with proximity talks before Mitchell’s departure on Sunday.

The Palestinian side has said that following the Arab League decision to support the talks last weekend, they want to consult with their own leadership after initial meetings.

Anticipation over proximity talks comes as the five permanent members of the U.N. Security Council officially voiced their support for a Middle East nuclear-free zone at the U.N. on Wednesday. The member states include the United States, Russia, France, the U.K., and China. Their statement for a nuclear-free zone was a move in support of a 1995 resolution that was never realized.

The State Department said on Wednesday that a comprehensive peace agreement would be a step toward creating a nuclear-free zone in the region.

“Significant progress in that direction … might give people confidence that the conditions could emerge that allow this to advance,” said representative Philip Crowley during the briefing.

Crowley added that comprehensive peace would include groups that have traditionally supported Iran shifting their stance to support and recognize the state of Israel, recognize existing agreements, and become a constructive part of the process.

Although the U.S. government is unwilling to project possible scenarios that would lead to regional peace in the Middle East, they are doggedly pursuing a nuclear-free policy.

“Middle East peace is the kind of thing that would give people confidence to pursue things like the vision of a region without weapons of mass destruction,” said Crowley.