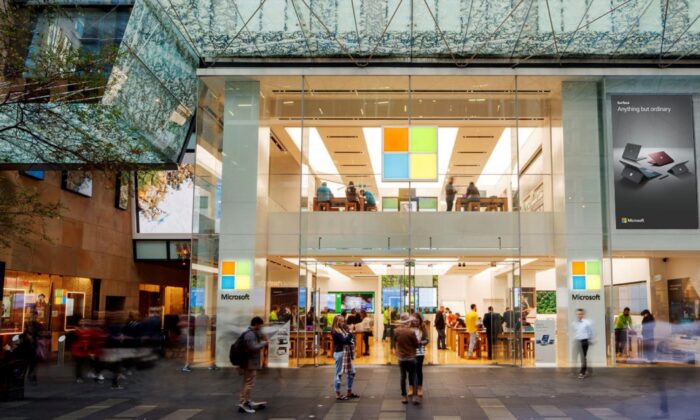 Courtesy of Microsoft Via Benzinga.
Companies

Microsoft’s 10 Biggest Acquisitions of All Time: Activision, LinkedIn and More

The proposed all-cash transaction would be Microsoft’s largest acquisition ever, valued at $68.7 billion.

If the deal goes through, Microsoft would further strengthen its position in the gaming market via Activision’s iconic franchises including “Call of Duty,” “Warcraft,” “Diablo,” “Overwatch” and “Candy Crush.” Following the closing of the transaction, Microsoft is set to become the third-largest gaming company by revenue in the world.

The acquisition would also position Microsoft to enter the metaverse.

“Gaming is the most dynamic and exciting category in entertainment across all platforms today and will play a key role in the development of metaverse platforms,” Microsoft CEO Satya Nadella said following the announcement.

This isn’t the first time Microsoft has made a push into gaming. Here is a look at Microsoft’s top 10 acquisitions by dollar value.

Date: December 2016
Value: $26.2 billion
Microsoft acquired professional networking company LinkedIn for $196 per share in an all-cash transaction. “Together we can accelerate the growth of LinkedIn, as well as Microsoft Office 365 and Dynamics as we seek to empower every person and organization on the planet,” Nadella said.

Date: April 2021
Value: $19.7 billion
Microsoft acquired cloud and AI software company Nuance for $56 per share in an all-cash transaction. The companies already had an existing partnership in place, but the acquisition allowed Microsoft to augment the Microsoft Cloud for healthcare with Nuance’s solutions.

Date: September 2013
Value: $7.2 billion
Microsoft aimed to accelerate the growth of its share and profit in mobile devices through faster innovation, increased synergies and unified branding and marketing through its acquisition of this Nokia division.

Date: November 2014
Value: $2.5 billion
Mojang is a game developer responsible for the “Minecraft” franchise. At the time of the acquisition, Microsoft said its investments in cloud and mobile technologies would enable Minecraft players to benefit from richer and faster worlds, more powerful development tools and more opportunities to connect across the “Minecraft” community.

Date: January 2000
Value: $1.5 billion
Microsoft acquired Visio for the unique diagramming solutions it offered to business and enterprise customers. “Together, Microsoft and Visio will bring visualization and diagramming software to a broader range of customers while improving the ways knowledge workers can present their ideas,” Microsoft said.