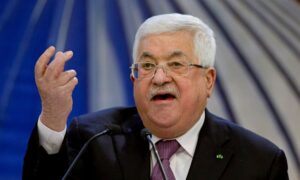 If the Windows 10 Technical Preview is anything to go by, then Microsoft is certainly going to thrill both touch and non-touch screen Windows users.

In a review of the Windows 10 Technical Preview, long time Windows enthusiast and blogger Paul Thurrott writes that there is a “renewed emphasis on the desktop environment that everyone actually still uses.”

That means that Microsoft is factoring in Windows 10 a “Windows 7 model of desktop computing in which touch is, at best, a minor concern.”

That doesn’t mean that Microsoft is abandoning the estimated “200 million people” who use “Windows 8.x but have in fact embraced it on touch-based PCs and devices,” however.

Thurrott explains that the non-Pro version of Windows 10 will still be very much geared towards the touch screen tablets and phones, but the Enterprise and Pro versions will be developed on the basis that the keyboard and mouse desktop user interface is the “primary shell.”

In other words, those who are familiar with Windows 8’s Modern platform will find that Windows 10 retains a user interface they are comfortable with, while desktop users will keep their desktop environment without needing having a touch screen-optimized user interface forced upon them.

If Microsoft continues to develop and progress Windows 10 in the same tune that the Technical Preview kicked off with, then fans of Windows 7 and Windows 8 will have plenty to smile about when the public version is released in 2015.