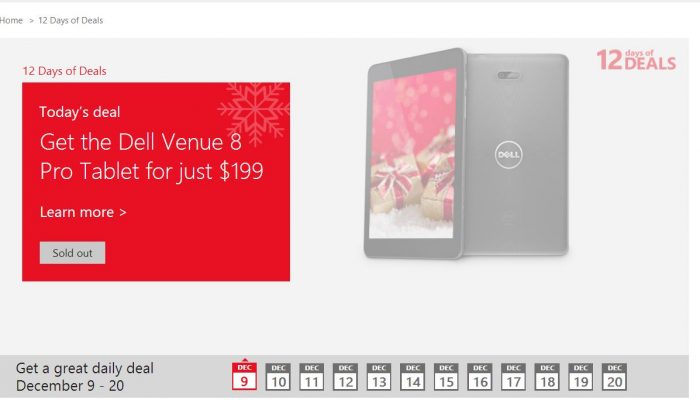 A screenshot of the Microsoft Store's website shows the "12 Days of Deals."
Tech

The Microsoft Store’s “12 Days of Deals” promotion has allegedly been leaked online, according to reports on Monday.

Some of the deals include “Grand Theft Auto V” for only $20, as well as a Dell Venture 8 Pro Tablet for $99 for the first 20 customers in a Microsoft Store location.

The “12 Days of Deals” was allegedly leaked online on the Slickdeals forum and other sites.

According to The Next Web, Microsoft hasn’t said anything about the deals and in theory, the company can mix up the deals to keep potential customers in the dark.

On Microsoft’s website, it only includes the Dec. 9 for the Dell Venture. None of the other 12 days have been filled in.