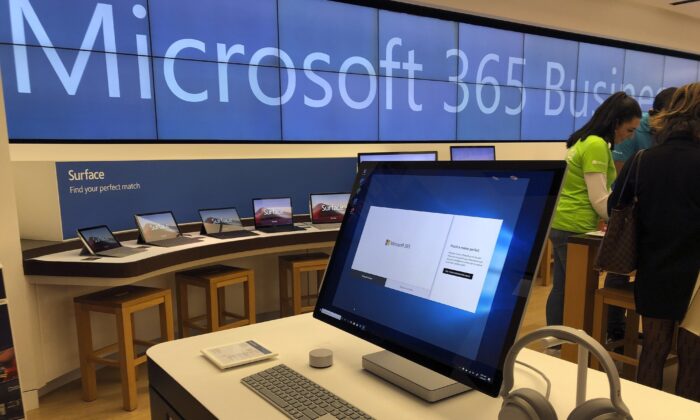 A Microsoft computer is among items displayed at a Microsoft store in suburban Boston, on Jan. 28, 2020. (Steven Senne/AP Photo)
Companies

The Microsoft Threat Intelligence Center (MSTIC) and Digital Security Unit (DSU) assess this as part of a broader spying objective to compromise organizations of interest to the Iranian regime.

Microsoft has issued over 1,600 notifications to over 40 IT companies in response to Iranian targeting, compared to 48 in 2020.

The focus of several Iranian threat groups on the IT sector notably spiked in the last six months.

The U.S. government, and counterparts in Australia and the U.K., warned that Iran-backed attackers have been exploiting Fortinet Inc (FTNT) vulnerabilities since at least March and a Microsoft Exchange ProxyShell vulnerability since October, TechCrunch reported.

The attackers aimed to gain access to U.S. critical infrastructure organizations in the transport and public health sectors and organizations in Australia for follow-on operations like data exfiltration, extortion, and ransomware deployment.