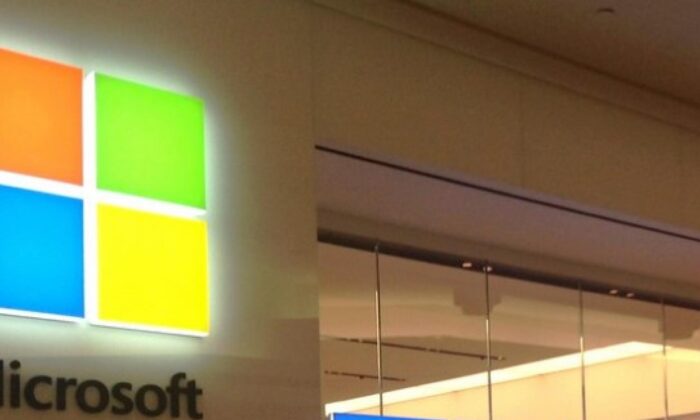 (Photo: Courtesy of Mike Mozart on Flickr via Benzinga)
Markets

Wedbush analyst Daniel Ives has an Outperform rating and a $375 price target. The firm also kept the stock on its “Best Ideas List” and named Microsoft one of its favorite tech names for 2022.

Azure revenue, however, crossed $40 billion on an annualized basis and remains poised to grow by 46 percent in the March quarter, the analyst said.

“The 1H operating margin of 44 percent reinforces our view that a cloud transformation has not only strengthened Microsoft’s growth prospects but also enhanced profitability,” he said in the note.

Bracelin expects Azure revenues to double within three years to over $86 billion.

Among the company’s segments, Productivity and Business Processes revenues rose 19 percent to $15.9 billion, with Office Commercial product revenues climbing 14 percent, LinkedIn by 37 percent and Dynamics 365 by 44 percent, the analyst noted.

Microsoft’s cloud guidance was stronger than the Street estimate, and factoring in forex headwinds, this is a blowout guidance, Wedbush analyst Ives said.

On the bottom line, non-GAAP EPS of $2.48 was well above the Street estimate of $2.32, with a robust operating margin of about 43 percent, the analyst said.

“We note one of the strongest metrics this quarter for MSFT was represented by robust commercial bookings growth driven by long-term Azure commitments, showing accelerating strength and an increase of 32 percent y/y,” Ives wrote in the note.

RBC On Key Takeaways From The Call

The analyst noted that operating margin was up 150 basis points year-over-year and nicely above consensus.

“Stepping back, we like Microsoft for its market leadership position in many critical areas of software, strong momentum with Azure and Teams, and multiple growth drivers,” Jaluria said.

Microsoft is well-entrenched within several significant end markets, Wells Fargo’s Turrin said. Azure, according to the analyst, is a share gainer in the cloud Infrastructure as a Service (IaaS) wars.

Microsoft shares are the cleanest way to “play the continued shift of IT purchasing $s towards software and cloud,” the analyst said.