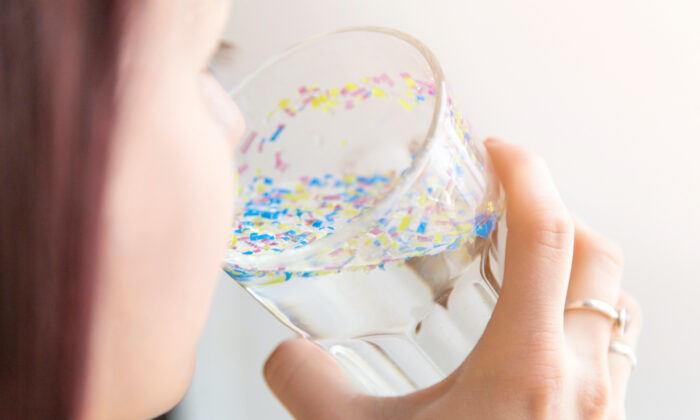 Great amounts of plastic in our environment break down into micro and then nano plastics, and are being drunk, ingested, inhaled, and absorbed by people and animals. (alien/Shutterstock)
Australia

“By investigating microplastic load in the mussel, we call attention to the implications of microplastic pollution on South Australia’s unique marine ecosystems and on the local human food chain,” said Janet Klein, co-author of the study.

Microplastics are small plastic pieces less than 5 millimetres long which are broken down from plastic rubbish. It can carry contaminants such as trace metals and harmful chemicals and when ingested, can be toxic and carcinogenic to the human body.

Across the world, microplastics are being detected in ocean waters and in Antarctic ice.

There is currently no technology capable of removing microplastics from the water despite increasing studies reporting of microplastic detection.

The team took water samples across 10 popular and remote beaches in South Australia as well as mussel samples across six of the 10 beaches and found microplastics within all areas sampled.

Microplastic was detected in 97 percent of all the 141 water samples and in 92 percent of wild mussel samples. The team only found wild mussels in six of the 10 beaches they visited and sampled 36 mussels altogether.

“Our findings shed light on the urgent need to prevent microplastic pollution by working with the communities, industries, and government to protect these fragile marine systems,” said Prof. Karen Burke da Silva, senior author of the study.

Overall, the authors found that microplastic concentration detected across all ten regions fell within the low to moderate range within the global scale.

“There are several sources of microplastic pollution associated with coastal settlements and associated with human population. Wastewater in particular, is a key source with a high abundance of fibres, known to derive from synthetic textiles via household greywater,” the team wrote.

Common plastics found were clear or blue in colour, falling in the smaller range in size and fibrous in form, especially for mussels.

Majority of microplastics samples in mussels and water contained nylon and cellulose, though the authors wrote that they did not differentiate cellulose from organic, biodegradable cellulose and cellulosic which are significantly less biodegradable. Organic materials were also found in samples as well.

The team expressed concern at microplastics detection in mussels, as studies have indicated the health implications microplastics have on mussels, including inflammation, reduced filtration capacity as well as impacts on growth, digestion, immunity, and reproduction.

“The abundance of microplastic detected in mussel here has serious implications for the health of the local South Australian blue mussel and their associated ecosystem,” the authors wrote.

“Further research is urgently needed into the specific impact of microplastic on each in the South Australian context.”