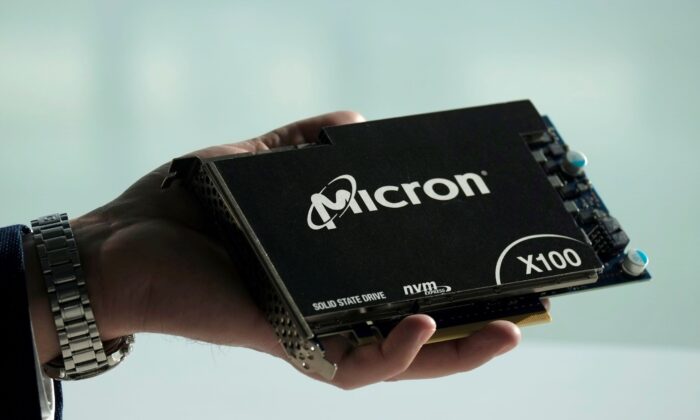 Micron Technology Inc., forecast current-quarter revenue below analysts’ expectations and warned that shipments for its memory chips were set to dip in the near term as its customers making personal computers face shortages of other parts.

Shares of the Apple Inc-supplier, which also said it was experiencing shortages within its own supply chain for some components, fell nearly 4 percent in extended trading on Tuesday.

Micron, one of the world’s biggest memory chip suppliers, said it expects shipments of both chips to sequentially decline in the near term.

“Some PC customers are adjusting their memory and storage purchases due to shortages of non-memory components that are needed to complete PC bills,” Chief Executive Officer Sanjay Mehrotra told analysts.

“We expect this adjustment at our PC customers to be largely resolved in the coming months.”

Analysts, however, wondered if this was a “speedbump or the start of a period of extended weakness.”

The question around Micron revolves around whether the memory industry is entering a prolonged downcycle, or encountering a more modest demand blip that will correct relatively quickly, Wedbush analyst Matthew Bryson said.

Micron forecast current-quarter revenue of $7.65 billion, plus or minus $200 million, while analysts on average expected $8.57 billion, according to IBES data from Refinitiv.

The company also forecast adjusted earnings per share of $2.10, plus or minus 10 cents, missing estimates of $2.33 per share.

In the fourth-quarter ended Sept. 2, Micron earned $2.42 per share on an adjusted basis, beating analysts’ average estimate of $2.33 per share.