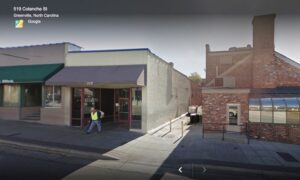 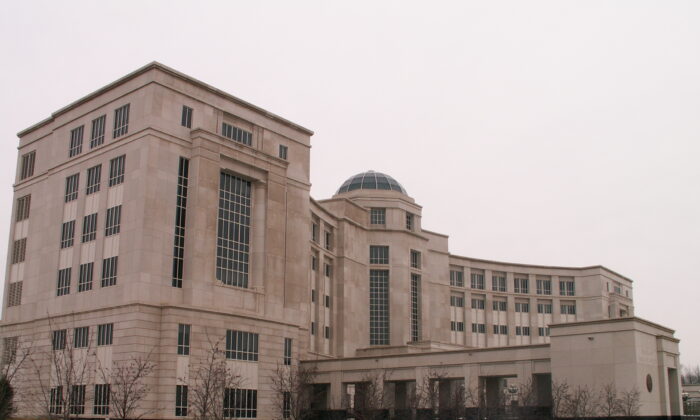 The state of Michigan’s Hall of Justice, home of the Michigan State Supreme Court, in Lansing, Mich. on June 25, 2005. (Phillip Hofmeister/CC BY-SA 3.0)
Judiciary

In a split decision that ran along partisan lines, the Michigan Supreme Court upheld a controversial spending bill that reimburses private schools for state mandates, a ruling that deals a blow to the public-school-education establishment.

The 3–3 decision in Council of Organizations and Others for Education About Parochiaid v. State of Michigan on Dec. 28 has the effect of leaving in place the state law known as MCL 388.1752b, in which the state compensates nonpublic schools for costs incurred in complying with state health, safety, and welfare mandates.

A tie vote means the lower court ruling under challenge is sustained.

The Michigan Catholic Conference, which entered a friend-of-the-court brief in the case, hailed the decision.

“We believe that every student in Michigan should be treated equally in terms of health and safety, regardless if they attend a public or nonpublic school,” David Maluchnik, vice president for communications for the conference, said in a statement.

The Michigan Association of Superintendents and Administrators, which was a plaintiff in the lawsuit, was displeased by the ruling.

“Time after time, the voters of Michigan have made it clear that public dollars should remain in public classrooms,” the group stated on Twitter after the decision was made public. “This ruling, which flies in the face of that intent, is disappointing and we are exploring further legal options.”

In 2000, Michigan voters turned down a proposed state constitutional amendment that would have promoted school choice by providing school vouchers.

Justice Stephen Markman, a Republican appointee, wrote for the court that it is “obligated to defer, when this can be done, to the judgment of our Legislature, which directly represents that citizenry and enacts laws on its behalf.” Justices Brian Zahra and David Viviano, also Republican appointees, concurred.

The legislative appropriation, the court holds, complies with both the First Amendment to the U.S. Constitution and to a state constitutional amendment from 1970 that bars taxpayer funding for private schools.

Because the fiscal legislation “does not appropriate funds for nonpublic-school education services,” it’s consistent with the state constitution, Markman wrote.

The appropriated funds only deal with the “health, safety, and welfare” mandates imposed on private school students, not the educational services that can’t be publicly funded because of the 50-year-old constitutional amendment.

“They merely mitigate the effect of burdens imposed in the first place by the state for the health, safety, and welfare of nonpublic-school students,” the court stated.

The Court of Appeals had directed the Court of Claims, which handles lawsuits against the state government, to rule on the constitutionality of each reimbursable mandate by determining whether it was “incidental” to teaching and educational services, offered a “primary function” to advance a private school’s operation, or promoted “excessive religious entanglement.”

Justices Megan Cavanagh, Bridget McCormack, and Richard Bernstein, all Democratic appointees, ruled that they would have determined the appropriated funding “clearly” violated the state constitutional amendment that barred taxpayer funding for private schools.

This is the kind of “direct” aid forbidden by legal precedents and the state constitution, according to Cavanagh.

“For a nonpublic school, or any other organization in Michigan, complying with general health, safety, and welfare laws is just a cost of doing business,” the justice wrote.

Justice Beth Clement, a Republican appointee, was recused from the case because she worked in former Republican Gov. Rick Snyder’s administration, during which the appropriation was authorized, according to The Detroit News.

The lawsuit stemmed from a $2.5 million appropriation in 2016 from the Michigan Legislature to private schools to compensate them for complying with 40 state mandates, including teacher background checks, fire drills, maintaining attendance records, and inspections.

Groups opposed to the funding sued Michigan over the first such appropriation in 2017, but the Republican-controlled legislature subsequently continued to approve the funding.