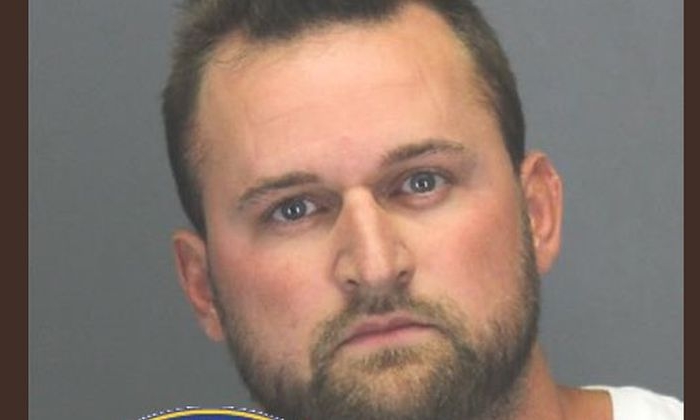 A Michigan State trooper was shot and injured in Lake Township on July 13, 2018, and police later identified the suspect as Douglas Sawyer. (Michigan State Police)
US News

A Michigan State Trooper was shot and injured in Lake Township on Friday, and police later identified the suspect.

The suspect, Douglas Robert Sawyer, 32, of Fenton shot and killed himself “after exchanging gunfire with the trooper,” said Michigan State Police in a statement on Monday afternoon.

Sawyer had prior arrests for home invasion, drug crimes, and weapons violations. At the time of the incident, he had three warrants out for his arrest, including a felony warrant for criminal sexual assault and another for child neglect, according to police.

Earlier reports said that the trooper shot and killed the suspect.

ABC News reported that two other people, a man and a woman, were inside Sawyer’s car at the time. They were taken into police custody.

The trooper was released from the hospital, according to state police. His name was not released to the public, as there is an ongoing investigation.

“He is resting with the support of family and friends. The Houghton Lake State Police posts thanks the community and law enforcement partners for the outpouring of prayers, support, and well-wishes,” the statement said.