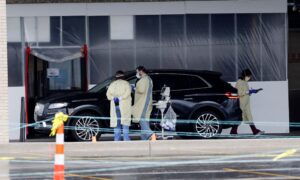 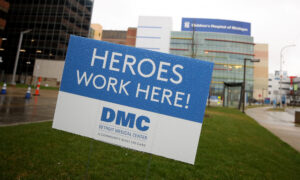 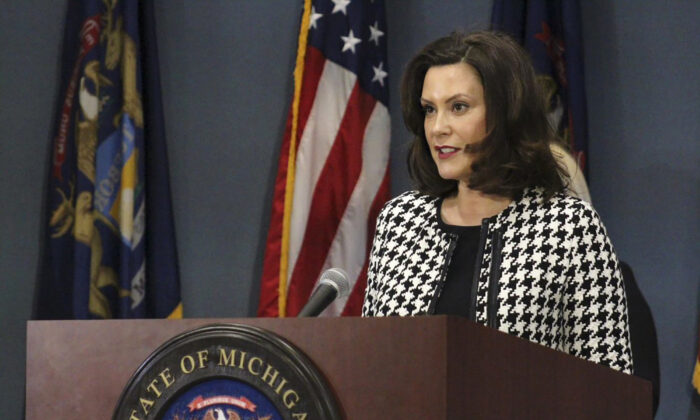 Michigan Governor: Stay-at-Home Order Will Be Extended Into May

Michigan Gov. Gretchen Whitmer said she will issue an extension to her stay-at-home order, which requires residents to not leave home unless they’re engaging in a so-called essential activity.

“We will likely need another short-term extension of the state-at-home, stay safe order,” Whitmer told reporters in Lansing on April 22.

Pressed later on her statement, she added: “We know that there will be a need for an extension of some sort.”

“Even when we get to a stable moment … people who are compromised, who are vulnerable to COVID-19, are still going to need to stay at home,” she said. “So some version will be in effect for a while.”

Michigan employed some of the strictest stay-at-home rules in the nation in an order that even barred the sale of seeds. Multiple protests have since targeted Whitmer’s mandates, while some law enforcement officers have declined to strictly enforce them.

The daily rate of new COVID-19 cases has been under 1,000 for six consecutive days. The state doesn’t release figures on hospitalizations from the new disease, which is caused by the CCP (Chinese Communist Party) virus, a coronavirus that emerged in China last year. There are nearly 34,000 confirmed cases in the state along with 2,813 deaths attributed to the disease.

Whitmer, a first-term Democratic governor, expressed hope that the economy can reopen in stages. She promised more details on Friday.

“I’m as eager as anyone to start re-engaging sectors of our economy, but we all know we have to be really smart about what that looks like,” she said.

The state, meanwhile, announced temporary layoffs of at least 2,900 workers to help save money during the pandemic.

The laid-off employees were “working at less than their typical full capacity due to their work being shifted to the home,” Tiffany Brown, a spokeswoman for Whitmer, said in a statement.

The employees will automatically be enrolled into the unemployment program and the state will re-analyze their employment after 10 business days. More than 900 Department of State employees are part of the layoffs, according to Secretary of State Jocelyn Benson.

“This is an extremely challenging time for our state, our state government, and our department,” Benson said in a statement. “This decision was not easy, but is necessary to responsibly steward taxpayer funds at this time.”

The move will save Michigan about $5 million.

“This is a difficult decision, but it is the right thing to do to ensure we can continue providing critical services to the people of Michigan,” Brown said.