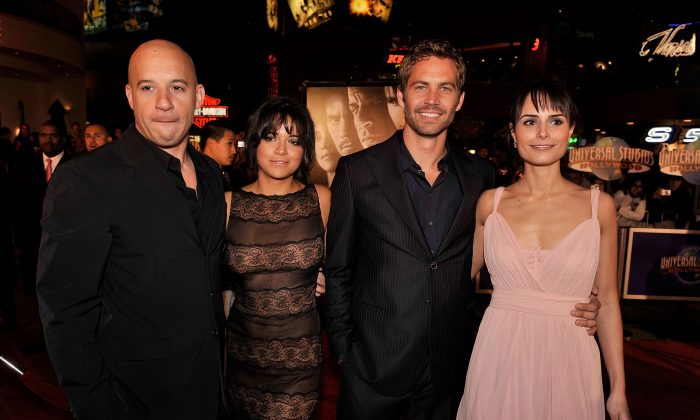 Michelle Rodriguez to Paul Walker: ‘I’m gonna carry this torch for you’

Michelle Rodriguez, who starred with Paul Walker in the “Fast & Furious” series, reacted to Walker’s death.

“I’m gonna carry this torch for you brother, with a forced smile on my face,” she said.

“And I’m gonna open my heart just cause your telling me to.”

Walker died on November 30 in a fiery car crash in California.

The Hispanic actress had become close with Walker and the rest of the actors on the series of movies.

“These guys are like family,” she told the New York Daily News in a previous interview. “I’ve watched them be boys and grow into men who have kids and families now. It’s really wild. A lot has happened in 12 years.”