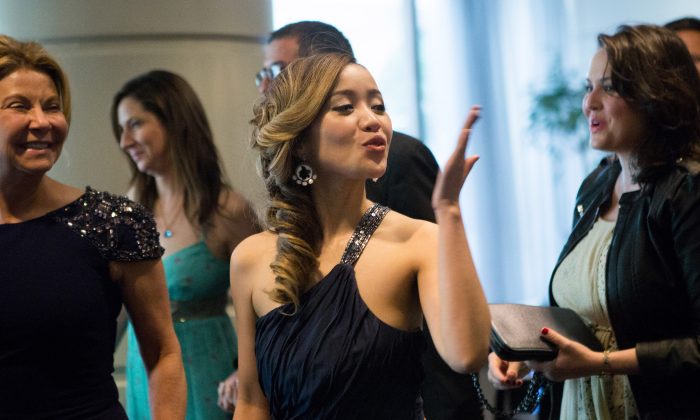 Michelle Phan Net Worth, Boyfriend: How Much Does ‘Rice Bunny’ Make, and Who is She Dating? (+Instagram Photos)

How much does Michelle Phan make, and who is she currently seeing?

Phan, 27, is a Vietnamese-American make-up demonstrator and entrepreneur. She was born in Boston, and lived in Massachusetts and California while growing up.

Originally, Phan’s mother wanted her to be a doctor, but convinced her mother to let her major in illustration because she loved art. She later attended Ringling College of Art and Design and Massachusetts College of Arts and Design.

Phan rose to fame after her make-up Youtube videos took off when Buzzfeed shared her videos in 2009. Earlier, Phan had been posting tutorial vlogs on Xanga under the name Rice Bunny and later uploaded the videos to Youtube in 2007.

In 2013, Lancôme discovered Phan and made her their official video make-up artist after she used some of their products in her videos. Later on August 15, 2013, Phan set up a new cosmetic line called EM by Michelle Phan. This cosmetic line falls under the L’Oreal Luxe division.

However, in July 2014, Ultra Records LLC and Ultra International Music alleged that Phan had used songs from their DJs, such as Deadmau5 and Kaskade, in her make-up videos without a license. The record company is thus suing Phan for copyright infringement.

According to Celebrity Networth, Phan is worth $3 million, so a hefty law suit could affect badly affect her net worth.

Capraro is a Mister Switzerland runner up and an aspiring model, according to his Facebook page.