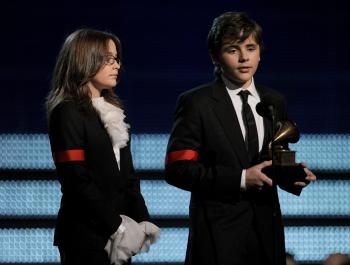 Instead of being home-schooled, the children are now attending The Buckley School in Los Angeles' San Fernando Valley.

Prince Michael, 13, and his sister Paris Michael, 12, grew up shielded from the public eye but have now started going to school. Meanwhile their younger brother Blanket Michael, 8, will continue to be home-schooled under the care of his grandmother and guardian Katherine Jackson.

{etRelate 41735, 40346}Many other celebrities have been enrolled in the Buckley School, including Nicole Richie, Alyssa Milano and Matthew Perry.