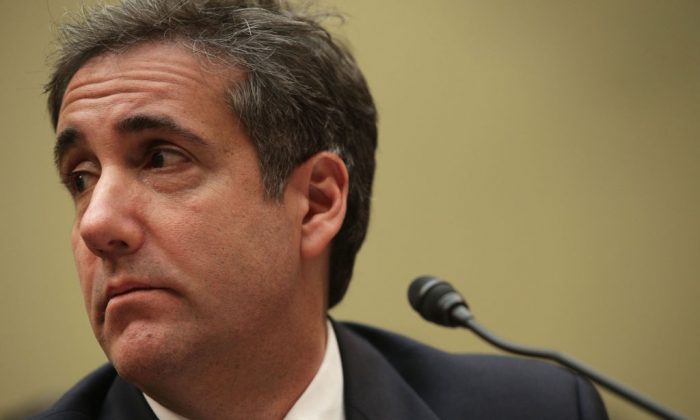 Michael Cohen, former attorney to President Donald Trump, claimed during his congressional testimony Wednesday that he never wanted to work in the White House, despite reports to the contrary.

“I was extremely proud to be the personal attorney to the president of the United States of America. I did not want to go to the White House,” Cohen told the House Oversight Committee. “I can tell you a story of Mr. Trump reaming out [former Chief of Staff] Reince Priebus because I had not taken a job when Mr. Trump wanted me to, working with Don McGahn at the White House General Counsel’s office.”

CNN’s Dana Bash called Cohen’s claim a “potential problem,” explaining that per her reporting, “he very much wanted a job in the White House.”

A panel of multiple other reporters on the network all agreed with Bash’s assessment of Cohen’s White House ambitions, and anchor Jake Tapper said Cohen’s claim caused his panel to raise their eyebrows “because we knew it to not be true.”

CNN Anchors call out Michael Cohen for lying to Congress about "not wanting" a job in the White House. pic.twitter.com/krQK1QhjHB

The president’s family also weighed in on Cohen’s testimony, with Eric Trump and Donald Trump Jr. saying that Cohen desperately wanted to be the administration’s chief of staff.

“It was the biggest joke in the campaign and around the office,” Eric Trump tweeted.

Michael was lobbying EVERYONE to be “Chief of Staff.” It was the biggest joke in the campaign and around the office. Did he just perjure himself again?

“It really was the biggest joke of the entire transition,” Donald Trump Jr. agreed. “The beginning of his bitterness was when he realized that was never going to happen.”

Nailed it. It really was the biggest joke of the entire transition. The beginning of his bitterness was when he realized that was never going to happen. #Delusional. https://t.co/ddizWugguU

GOP operative Arthur Schwartz even claimed that Cohen complained to him “on numerous occasions” about never being offered a job in the White House.

Cohen: “I didn’t want to go to the White House.” LIAR. He complained to me on numerous occasions about the fact that POTUS didn’t offer him a job at the WH. #CohenTestimony

The Daily Beast also reported in July 2018 that Cohen was privately bragging to friends that he was expected to be named chief of staff when Trump took office.

“He had left his senior position at the Trump Organization shortly after the election, expecting a coveted appointment in the new administration (he had told friends that he even expected to be named chief of staff), only to see President Trump pass him over for any White House post,” the Beast reported.