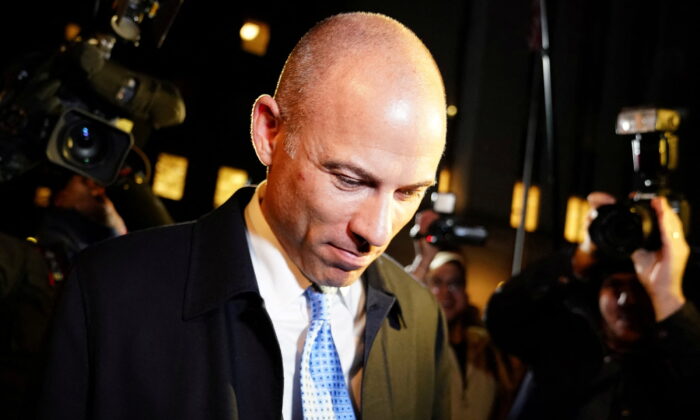 He potentially faces more than 300 years in prison on 36 criminal charges in the California case, including for stealing millions of dollars from clients, lying to the Internal Revenue Service and a bankruptcy court, and defrauding a bank.

In a filing with the federal court in Santa Ana, California, Avenatti said he wanted to plead guilty “to be accountable; accept responsibility; avoid his former clients being further burdened; save the court and the government significant resources; and save his family further embarrassment.”

The filing did not say how many or which charges Avenatti wanted to plead guilty to.

It said he has been unable to reach a plea agreement with prosecutors, despite his “substantial efforts” in the last 30 days, and wants a court hearing.

A trial on the first 10 charges is scheduled for July 26, following a mistrial last August. Avenatti is representing himself.

Neither prosecutors nor a spokesman for U.S. Attorney Tracy Wilkison in Los Angeles immediately responded to requests for comment. Dean Steward, a lawyer who advises Avenatti on his defense, declined to comment.