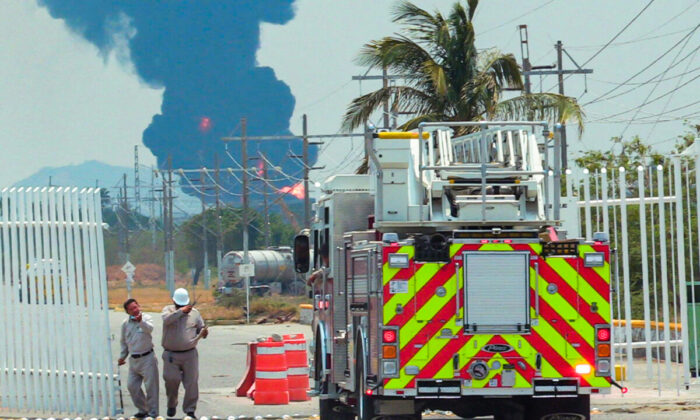 MEXICO CITY—Mexican state oil company Pemex said on Saturday that it had brought under control a fire at its Salina Cruz refinery in the southern Oaxaca state without any injuries to personnel.

The fire, which started on Friday, had engulfed a gasoline storage tank, sending a dense plume of black smoke billowing from inside the refinery.

Pemex said firefighters had “concluded the work of suffocation and cooling” of the tank.

In August, the Salina Cruz refinery was hit by another fire.

Salina Cruz has the capacity to process 330,000 barrels per day of crude oil, according to data from Eikon Refinitiv.

In November, another fire broke out at a Pemex refinery complex in northern Mexico but it was brought under control without any injuries to staff or disruption to production.