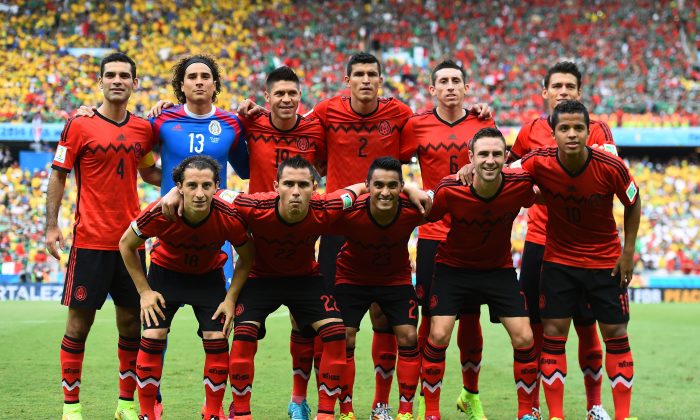 Mexico pose for a team photo prior to the 2014 FIFA World Cup Brazil Group A match between Brazil and Mexico at Castelao on June 17, 2014 in Fortaleza, Brazil. (Photo by Laurence Griffiths/Getty Images)
Soccer

ECIFE, Brazil—Croatia coach Niko Kovac is inserting defender Sime Vrsaljko into Monday’s starting lineup against Mexico but otherwise sticking with the squad that earned a 4-0 victory over Cameroon in its last World Cup game.

Vrsaljko, who also started in Croatia’s opener against Brazil, is replacing midfielder Sammir in a game Croatia must win to advance from Group A.

Mexico, which needs only a draw to advance, is sticking with the lineup that earned a victory and a draw in its first two group games, with Oribe Peralta starting up front and Manchester United forward Javier “Chicharito” Hernandez on the bench.