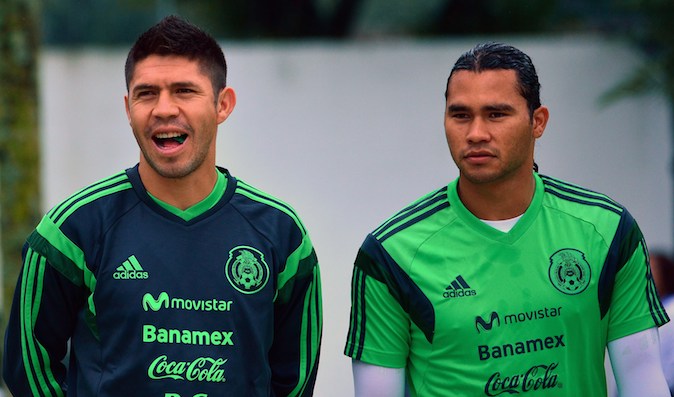 Mexico and Croatia will go head-to-head in a World Cup 2014 Group A match on Monday, June 23.

The game will kick-off at 4:00 p.m. EDT at Arena Pernambuco, Recife.

To lead his side into the second round, he may have to do something on Monday that no one has been able to do through two games in Group A: score against Mexico.

Even Brazil was unable to break through against Mexico’s defense and spry goalkeeper Guillermo Ochoa, who came up with a handful of acrobatic saves. Ochoa said he played “the game of my life,” against Brazil, while Selecao striker Fred said Ochoa “came up with at least four miracles.”

Mexico would have liked to score more than a single goal through two games, but given the way it has stifled opposing attacks, coach Miguel Herrera doesn’t sound all that worried.

“If you win 1-0, you move on,” Herrera said, noting that Spain won four straight games by that score in the 2010 knockout rounds en route to its World Cup title that year.

Technically, Mexico doesn’t even have to score against Croatia to advance to the knockout round. A scoreless draw would do. Yet the thought of playing for a draw makes Herrera a little uneasy, and he figures the scoring chances will be more plentiful when Croatia, which must win to advance, starts opening up its offense out of necessity.

“We’re not going to think about a tie. Our intentions are to win,” Herrera said. “If you think going into the game you’re going to tie, you’re most likely just going to lose.

Croatia “has to win,” Herrera added. “So we’re going to go out there and defend, and take advantage of the spaces that they’re going to leave open because they’re attacking.

“If we tie, then great, we advance,” Herrera said. “But the idea is to look for a win. The guys know that they can squander the great things that they’ve been doing in this World Cup if they don’t play to win on Monday. … So we’re going to continue to be intense, be a team that’s giving its all, be more attentive, be sure with the ball.”

“I’m sure that you’ve seen that this is a very, very, very good, even excellent team. Very aggressive, full of energy, playing vertically,” Kovac said of Mexico. “They were capable of threatening Brazil.”

Without Mandzukic, Croatia still managed to strike first in its World Cup opener against Brazil, albeit through a Brazil own goal. But when Brazil opened up its attack, the Croatians could not withstand it, yielding three unanswered goals in a 3-1 loss, though one of them came on a penalty that Kovac said never should have been given.

Soon afterward, a potential distraction emerged when photos of Croatian players bathing nude at their training complex in Brazil were published. But if the players were upset about that, they certainly channeled their anger productively against Cameroon. Mandzukic scored twice and Croatia looked in form in a dominant 4-0 victory, setting up Monday’s decisive match with Mexico.

Afterward the victory over Cameroon, Mandzukic said he was trying not to put too much pressure on himself. He said he did not think about scoring, just winning, and “the goals came as a reward.”

“There is still room for improvement and progress,” he said.