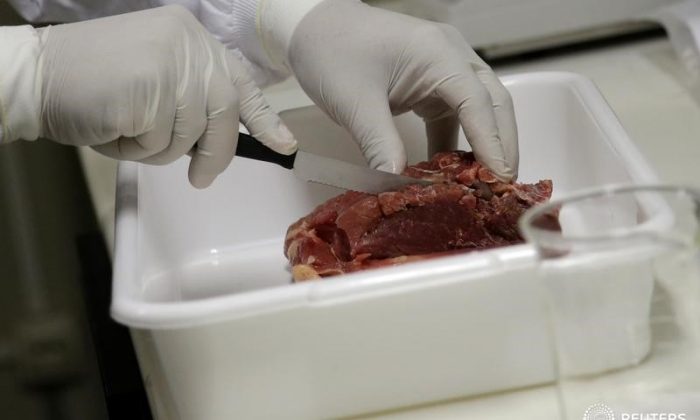 A veterinarian analyses a piece of meat collected by Public Health Surveillance agents during an inspection of supermarkets, at a veterinary laboratory with the public health department in Rio de Janeiro, Brazil on March 20, 2017. (REUTERS/Ricardo Moraes)
International

MEXICO CITY—Mexico has suspended all meat and poultry imports from Brazil since March 19, the government said Tuesday, dealing another blow to the world’s top beef and poultry exporter amid growing concerns about the quality of those products.

Mexico said that owing to the health concerns, it has suspended the poultry imports from Brazil it normally receives, adding that it does not import Brazilian beef or pork products.

Brazilian authorities on Tuesday began scouring meat plants closed after a probe into corruption by health inspectors and the alleged sale of rotten products.