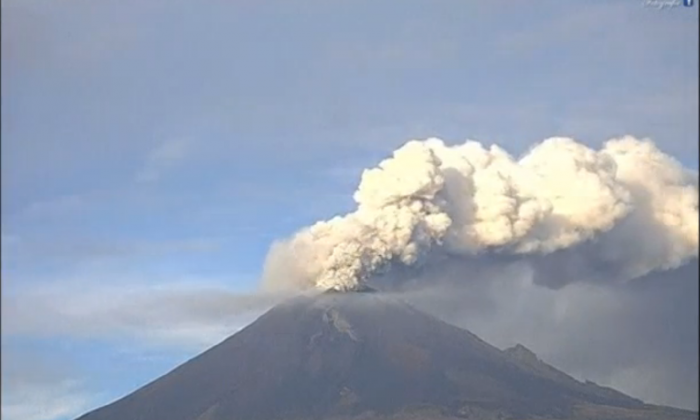 Mexico’s Popocatepetl volcano roared back to life early Wednesday (September 27) morning, spewing incandescent material and a large plume of ash and smoke into the sky.

The active volcano erupted at around 4:45 a.m. and again at 8:00 a.m. in the fourth big eruption in recent days.

The eruptions came just a week after Mexico was hit by two major earthquakes, the second of which was a 7.1-magnitude quake on September 19 that killed more than 330 people and damaged 11,000 homes.

Popocatepetl has been active since the mid-1990s and some significant eruptions last year rocked communities living under the volcano‘s shadow. There are more than 3,000 volcanoes in Mexico, but only 14 are considered active.